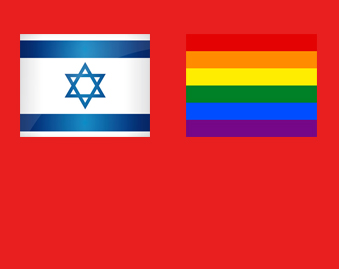 Call on the National LGBTQ Task Force to:

Apologize to A Wider Bridge for the message it is sending by cancelling the Beyond the Bridge: Chicago Reception

Include the relocated A Wider Bridge reception, to be held at the Blackstone Chicago Hotel, in materials and programs for the Creating Change Conference.

After being approved as a part of the program well in advance, the organizers of the Creating Change conference in Chicago caved to extremist anti-Israel demands and canceled the A Wider Bridge-sponsored reception that was to be held on Friday, January 22 featuring the leaders of Jerusalem Open House (JOH), Jerusalem’s flagship LGBT organization.

Jerusalem Open House (JOH) is the organizer of the Jerusalem March for Pride and Tolerance. Last summer’s march was the site of tragic stabbings, with six casualties and one fatality. A Wider Bridge sought to bring JOH to speak at Creating Change about this tragedy and its aftermath, and their work building a more welcoming environment for LGBTQ people – Jews, Arabs, and Christians alike – in Jerusalem.

The National LGBTQ Task Force seeks to “build a broad movement that supports all LGBTQ people, to express their leadership and transform our movement and our society.” Cancelling A Wider Bridge’s reception is in direct conflict with the Taskforce’s strategic objective.

A Wider Bridge works to promote honest dialogue and collaboration and to present Israel in all of its complexity. Our LGBTQ Missions to Israel include visits to the West Bank and the opportunity to hear directly from Palestinians. We meet with Israeli Ethiopians, transgender leaders, and LGBTQ leaders from Israel’s religious communities. Our programs often explore issues involving homophobia, transphobia, sexism, racism, ultra-nationalism, and many other forms of bigotry — the very same issues being addressed at the Creating Change conference.

We want to be clear — The National LGBTQ Task Force is an organization whose work and mission we support and admire. On most issues, we are on the same side.   But they have the power to decide which voices get heard at the nation’s largest LGBTQ gathering, and in this instance, they have used that power in a misguided and irresponsible way.   We will not let them define A Wider Bridge as “outside the tent,” censor our voices, or blacklist us and our work as “unkosher” for Creating Change.

See the full press statement from A Wider Bridge here.