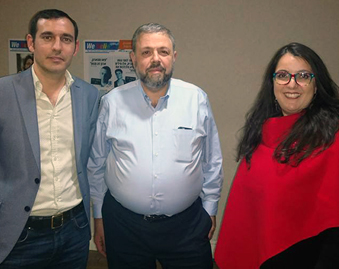 Zehorit Sorek and Daniel Jonas are in the midst of a tour of talks around the U.S. about being Orthodox and gay. Today they visit Minneapolis and then will go to Chicago, but in between the busy schedule, Zehorit finds the time to reflect on their journey so far. 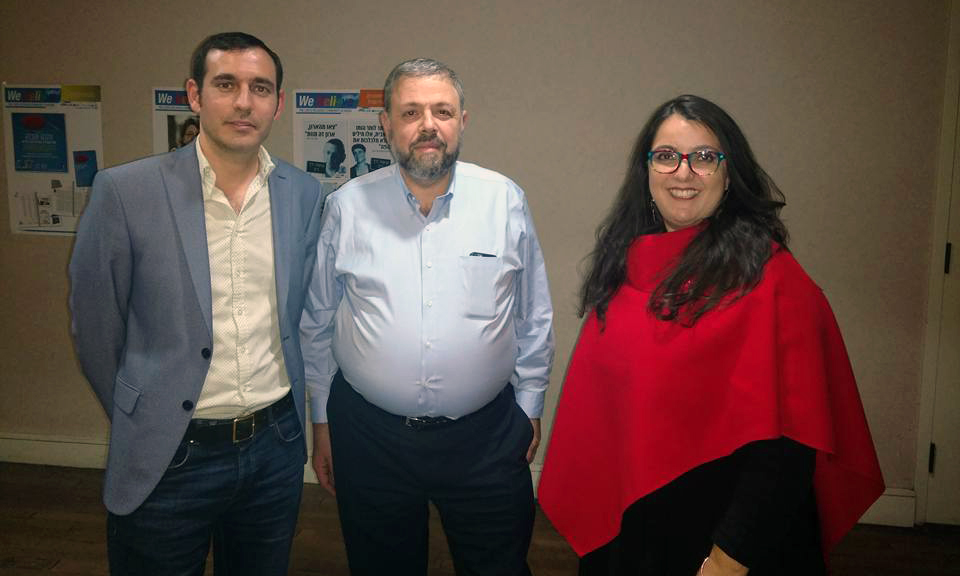 “Our journey began in Miami. In the meetings we talked a little about ourselves, about the activism and the agenda motivating us,” Zehorit says. “We shared some of the knowledge we have accumulated, but mostly we talked about the great projects we have initiated, such as Kehila Datit Ge’ah (Proud Religious Community), the public visibility projects, projects that promote inclusion and acceptance.”

The question that is always being asked at the end of the meetings was ‘why Orthodox? Why don’t you join the Reform or Conservative movements that will welcome you with open arms?’

“In life, I believe, there’s a choice between getting up and leaving, and staying and fighting for a place,” Zehorit explains . “I grew up in an Orthodox religious household and chose to continue to believe in this way. One can’t be forced to lose belief just as you can’t be forced to believe. I also feel that if -God forbid- I give up, then what chance do gay youth have to remain Orthodox? So I stay and fight. And I’n not the only one.”

From Miami, Zehorit and Daniel flew to Washington. “In Washington, we had two amazing and significant meetings and one other meeting that was a surprise,” shares Zehorit.

“The first meeting was at AIPAC – we presented some of the projects we have done in Israel that created a huge response, including in the United States. At the end they asked, ‘How can we help?’ The answer is clear: build a bridge with us. A bridge between communities here and in Israel and vice versa, through the organization A Wider Bridge.

“The second session was an open conference that was held at the local Jewish Center and for the first time in my life, I met an Orthodox rabbi, Rabbi Haim Ovadia, who belongs to the Sephardic community, who’s also gay friendly. so friendly that he wrote a paper on the acceptance and inclusion of members of the gay community in Judaism.

“This is so important, in both general and personal aspects. Because every time I tell my dad about the rabbis who declare that we, the religious community, must include LGBT members in our communities, he says, half contemptuously: they are all Ashkenazi, right? There’s no Moroccan rabbi there. So now there is.”

The surprising meeting occurred when Zehorit dragged Daniel to come along for a trip around the city. “It was almost 11pm and we arrived at the White House. A nice cop told us that in three minutes, at 11pm sharp, all the lights at the White House go off and everything turns dark. We asked two women who happened to be there to take a picture of us, and then the lights went out.
I started talking to the women. The conversation flowed, and chemistry was created, and we found ourselves traveling with them in the streets of Washington, trying to catch tourism sites that were open at midnight.

“They are religious Christians, with huge hearts and rolling laughs. We spent a solid two hours with them, talking about the Bible, about faith, about the acceptance of LGBT people in Jewish and non-Jewish religious communities. After the tour I thanked God for giving me the faith in humans which led us to meeting them. We were less than 15 hours in Washington – certainly there is a need to come back!”

RELATED: “Perverts.” “Abominations.” “Sick people.” These are only some of the ways orthodox Jewish rabbis have described the gay community.

On Friday Zehorit and Daniel took the train from Washington to Connecticut, through New York, to participate in Eshel Shabbaton. “It was a weekend of talks, discussions, friendly gatherings and lots and lots of content about dealing and struggling with being religious LGBT people.

“The majority of participants where on the axis between orthodox and ultra-orthodox. There were some formerly religious and newly religious. The most fascinating panel to me was the one on the trans community. On the panel there were a former Haredi man , two Orthodox women, and an Orthodox religious woman/man (so defined).

“They talked about religious struggles – halachic, social and personal. The most memorable moment: the Haredi woman said she asks herself questions such as whether she’s currently crossing the prohibition that a man shouldn’t wear woman’s clothing. Is she required by the commandments of the men at all if she hadn’t had the SRS operation yet? I found it both fascinating and inspiring.

Daniel and Zehorit gave a drash together on Friday night. “We talked about the weekly Torah portion, Vayechi, and about the fact that every tribe received a personal blessing – and the message is that each of us is unique and needs to realize his own potential according to the qualities he was blessed with. Someone came up to us after the service and said we spoke really well together and that the coordination between us was amazing, just like a married couple. I told her that we were, but don’t worry, real-husband Uri Erman, it’s only for one more week haha.”