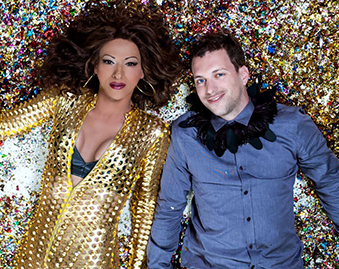 For the latest International Student Film Festival that opened this Saturday in Tel Aviv, Israeli newspaper Yedioth Ahronot has arranged meetings between young filmmakers and their inspirations. (Straight) filmmaker Yuval Nobleman, who directed the musical “Shepsa’lach,” chose transgender superstar Dana International as his muse, and the two where photographed in a sea of Glitter.

“Dana is a cultural icon,” Nobleman explained the newspaper. “She inspired me to create a movie that represents opposites: the Orthodox Jewish world versus the trashy-pop boy bands world, just the same as Dana merged Dance music with oriental music back at the beginning of the nineties” 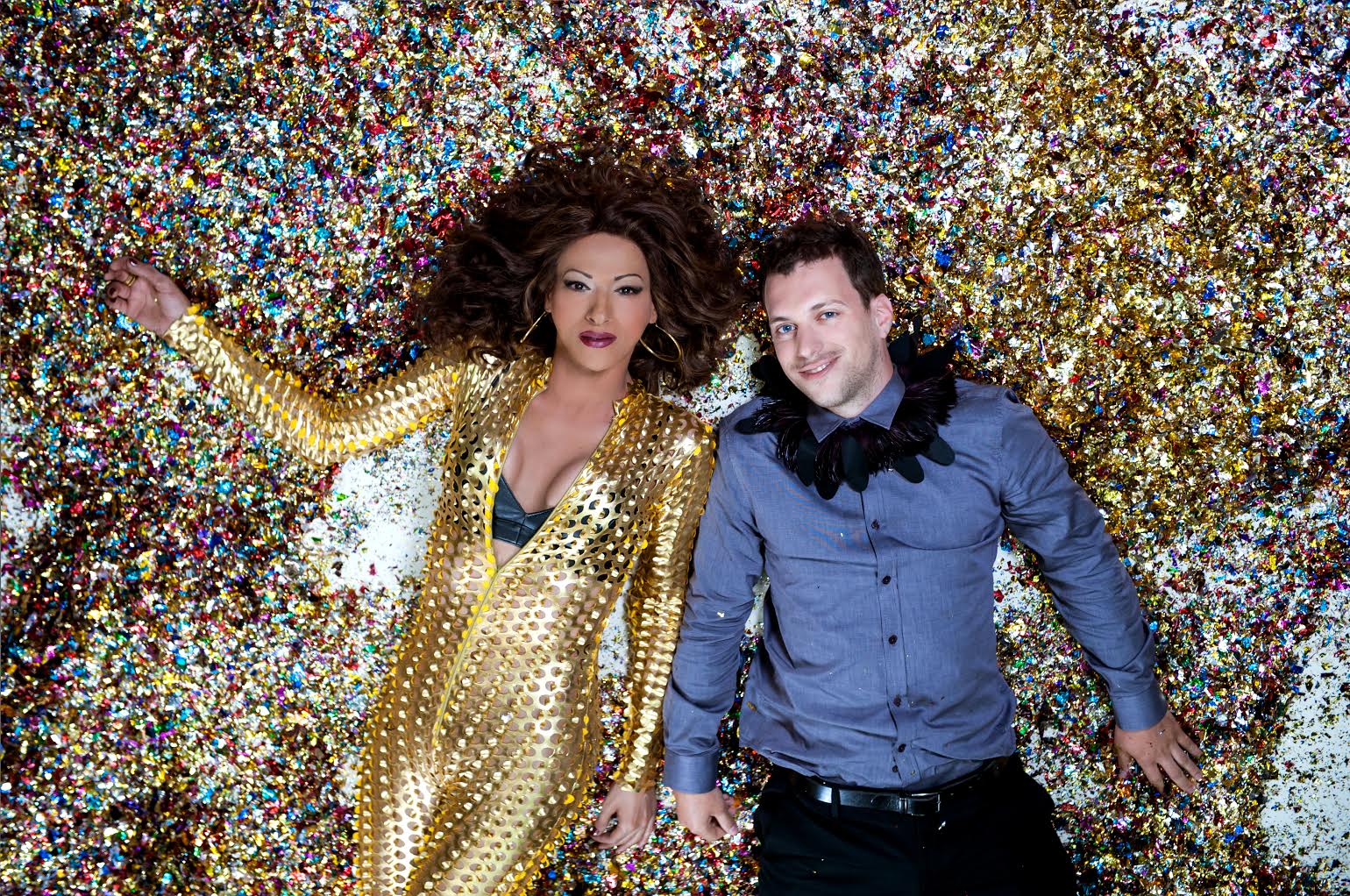 Dana International was also asked to say a few words on inspiration. “It’s very romantic to think that one should sit and wait for inspiration,” she said. “It probably legitimizes thousands of youngsters in Tel Aviv who sit in smoky apartments and do nothing, claiming that the inspiration is yet to arrive, but that with one more inhale, it will pop up at their door. At the end of the day, and this is what you learn with age, inspiration comes from hard work. Setting exact times for technical creativity, even if it’s forced, even if you don’t feel like it, creativity flows from there. It’s not romantic, but it works.”

“Shepsa’lach” is a wild comedy that revolves around Yossa’le, a singer in a Chassidic boy-band, who gets to be the lead singer of the band for a special show, against his will and at the expense of his best friend Benya. Boy band Shepsa’lach started as a joke, in a YouTube video that went viral, where they converted Justin Bieber’s hit “Baby” into a Jewish version: “Rebbe”.