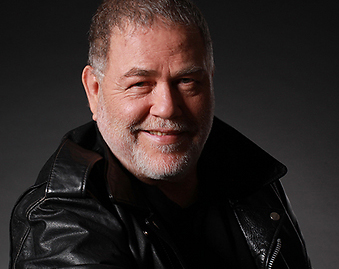 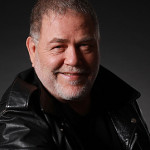 Yehuda Poliker is an Israeli singer, songwriter, musician, and painter. Poliker was born in Kiryat Haim, a suburb of Haifa, to a Greek Jewish family, the son of Holocaust survivors deported to Auschwitz from Salonika, Greece.

Poliker’s successful musical career started as a soloist and leader of the 80’s rock band ‘Benzin.’ The band released two albums that became major successes, selling almost 100,000 copies, and the band won “Song of the Year” in 1982 for their song “Yom Shishi” (‘Friday’). After the dissolution of the band, Poliker turned to a very diverse solo career, combining rock, pop and Greek folk music. Besides singing, Poliker also plays numerous instruments and composes both his own songs as well as songs for other artists . Many of Poliker’s songs deal with being the second generation of the Holocaust and his personal tragedies.

Poliker’s first solo album “Eynaim Sheli” (‘My Eyes’) was released in 1985 and sold 70,000 copies (triple platinum). All of the songs on the album were famous Greek songs translated to Hebrew. In 1988 he released the album “Efer VeAvak” (‘Ashes and Dust’) that dealt with the Holocaust. The album included the song ‘Last Station Treblinka,’ translated from the words of the Jewish Polish writer Vladislav Shlengel twho was murdered in the Warsaw ghetto. The title track was written by Yaakov Gilad, Poliker’s long-time writing partner, about his mother’s travel back to Poland, and “Halon Layam Hitichon” (‘A Window to the Mediterranean’) that is written as a letter of a Holocaust survivor in Israel to his relatives in Europe. The album “Efer Veavak” is considered, to this day, one of the most acclaimed Israeli albums of all time.

In 2010, after many years of keeping his personal life private and rarely exposed, Poliker appeared in a TV documentary film by director Tali Ben Ovadia. It aired on Channel 10. The film was broadcast around the time of the release of his 12th album “Ahava Al Tnai” (‘Conditional Love’), dealing with relationships and love for men , along with coping with the death of his mother. In the film Poliker told his coming out story to his family at the age of 27, and brought quotes from his previous songs that implied his sexual orientation, songs such as “There is no shame in love for a woman or a man”.

Poliker was criticized for not saying explicitly that he was gay but he said in the film : ” You do not need to spell it out for people , they should take it from there.” In an interview three months later, on July 16 in Yediot Aharonot , Poliker revealed more about his attraction to men, and said that there were two loves in his life. When he was asked why it took him so long to come out of the closet he said that the reason was the ” stupid education my parents gave me .”