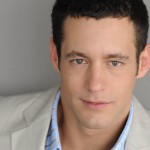 Yehonathan Gatro’s story is a classic version of the so familiar story of a popstar who was the dream of many teenage girls until he came out as gay. Now he’s making his way through America’s gay scene.

Yehonathan’s debut album was released under the stage name Gatro, and was called “Medabrim Al Ze” (‘Talking About This’). The album kept Gatro working, performing in events all over the country, contributing to two ‘Festigal’ shows (a huge annual musical for kids during Hanukkah), and supporting live shows of international pop artists who arrived in Israel, including ex-Spice Girl Melanie C, and Brit boyband ‘Westlife.’

In 2002, Yehonathan decided to move to Los Angeles in order to develop his acting skills, and came back 4 years later with a new song and a new and more realistic image. The single, “Kore Lecha” (‘Calling You,’ referring to a guy), a gay love song, represented Yehonathan’s official coming out to his fans in Israel, and at the same time catching the attention of the gay community back in the states.

Since then Yehonathan has been keeping the flame alive in both Israeli and International markets. In Israel he was cast in a recurring role in a highly provocative series ‘The Ran Quartet,’ while his sexy music videos made their way all over the world. Australian gay magazine ‘DNA’ named his video”Belayla Ham Bakaitz” “one of the top 10 gay videos of all time.”

In 2009 Yehonathan released “My Turn,” his first full-length English album, from which 2 videos have made it to #1 on the American Logo channel. Following his success, Yehonathan was officially introduced to America as the cover man and featured interview in Instinct Magazine. A year later Yehonathan released his second full length English album called “Remember When,” again, accompanied by attention-drawing music videos, and was highly promoted by the gay blogger Ethan Says.