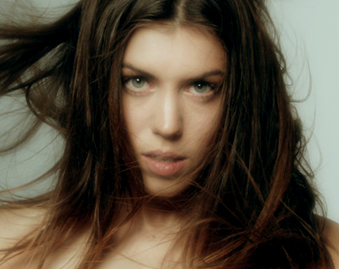 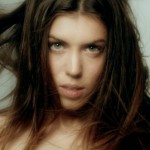 Yael Deckelbaum (Songwriter and Vocalist ) was born in Jerusalem, Israel, in 1979 to an Israeli mother and a Canadian father. She grew up in a small village near the city. Her father, David Deckelbaum, a dentist and a banjo player, was a founding member of a folky, country, Celtic, good-time band, “The Jerusalem Taverners”. He quickly recognized his daughter’s musical talent, and Yael performed with her father’s band as a guest singer and musician throughout her entire childhood.

At the age of 16, Yael won first prize in a national contest for the best young singer-songwriter in Israel. She was accompanied on stage by Jonathan Levy and Shaul Eshet. This is where the foundations of a future musical partnership were laid. Yael performed in many nightclubs, festivals [such as Jacob’s Ladder,Shantipi World Festival, Gezer Festival], singing folk songs and playing covers for Janis Joplin, Joni Mitchell and many others.

In 1999, Yael performed as a vocal soloist with the Israel Philharmonic Orchestra at a tribute concert to the Beatles. This was part of a world tour produced, directed, and conducted by Sir George Martin [arranger and producer for the Beatles]. There she met Shlomo Artzi – long considered Israel’s leading singer-songwriter – and toured with him for more than a year, joining him on a hit duet in his famous album, Ahavtihem.

Yael is also a third of “Habanot Nehama”, a superb female pop trio that includes Karolina, leader of the band Funset, and Dana Adini, one of Israel’s newest and best singing stars. The group performed recently together at the Geneva Convention with the band Shotey Hanevua [Fools of Prophecy], plus venues in Prague, Germany, “Radio City Music Hall” in NY, “Kodak Theater” in LA, and all over Israel and the United States. Their album to date has sold over 45,000 copies (platinum) in Israel alone.

Aiming also for international recognition, Yael wrote and performed three songs that made it to the soundtrack of the famous series ‘The L Word.’
“One day I got an email from the production saying they decided to use the songs,” she said. “But the biggest surprise was when they used the third song to conclude the final season.”