“It’s been a lively discussion, in which, unfortunately, a few representatives tried to stop and demolish the decision,” says Assaf Weiss, a member of the Zionist Congress. “I said in the discussion that the homicide that occurred in the Jerusalem Pride Parade just a few months ago, and the values of democracy and Zionism obligate the Congress to state a clear position towards the LGBT community, and to call for education programs for tolerance towards sexual orientation and gender identity in every school in Israel.”

Following the lengthy and painful discussion yesterday, the voting was today, and the bill passed with a large majority.

“I was proud to be a delegate to the World Zionist Congress as we adopted a resolution of support for the LGBT community,” said Arthur Slepian, Executive Director of A Wider Bridge and a member of the Zionist Congress. “This was an important and historic vote, especially in light of the heinous attack at the Jerusalem Pride March that took the life of Shira Banki and left many others injured. Moreover, this was one of several key resolutions passed by the Congress that reflected the importance of the participation by progressive Jews in the elections that select the delegates to the Congress.” 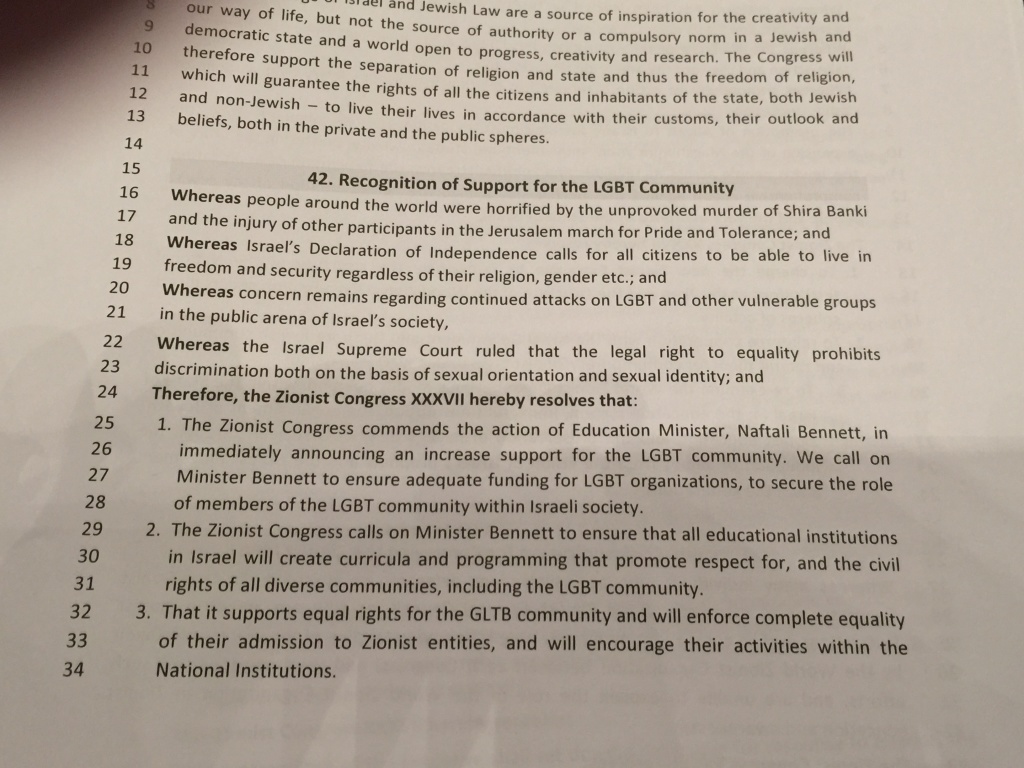