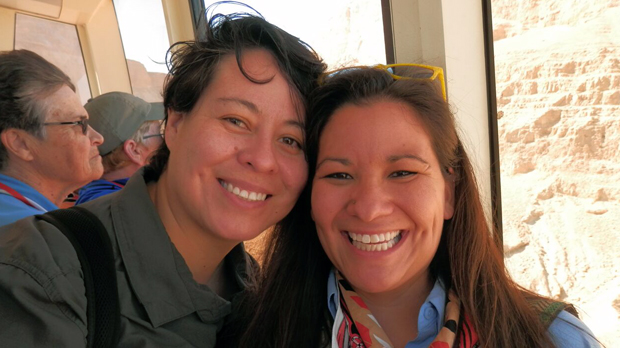 The AWB/Olivia Women’s Queer Mission is in full swing! Our first full day began with a visit to Masada and concluded with Shabbat dinner in Jerusalem. Day two featured a tour in the old city of Jerusalem, including visiting the Western Wall, and then a trip to Tel Aviv for the Lethal Lesbian film festival.

The group at the top of Masada

THURSDAY, NOVEMBER 8
The trip opened on Thursday, November 8th, with dinner in Jerusalem.  The Aguda Chair Chen Arieli presented an overview of the LGBTQ movement in Israel. She explained how she makes sure that the LGBTQ community works together in solidarity, like when they threatened to not organize Tel Aviv Pride, upon learning of the Knesset’s plan to allocate millions of shekels to a rainbow plane, instead of towards LGBTQ resources.

FRIDAY, NOVEMBER 9
The first full day featured a trip to Masada. Our tour guide Anat emphasized that the Zealots chose to live in exile on the top of Masada. She then turned to the group and asked, “What piece of yourself would you be willing to fight for?  What piece do you absolutely need for you to be you?” 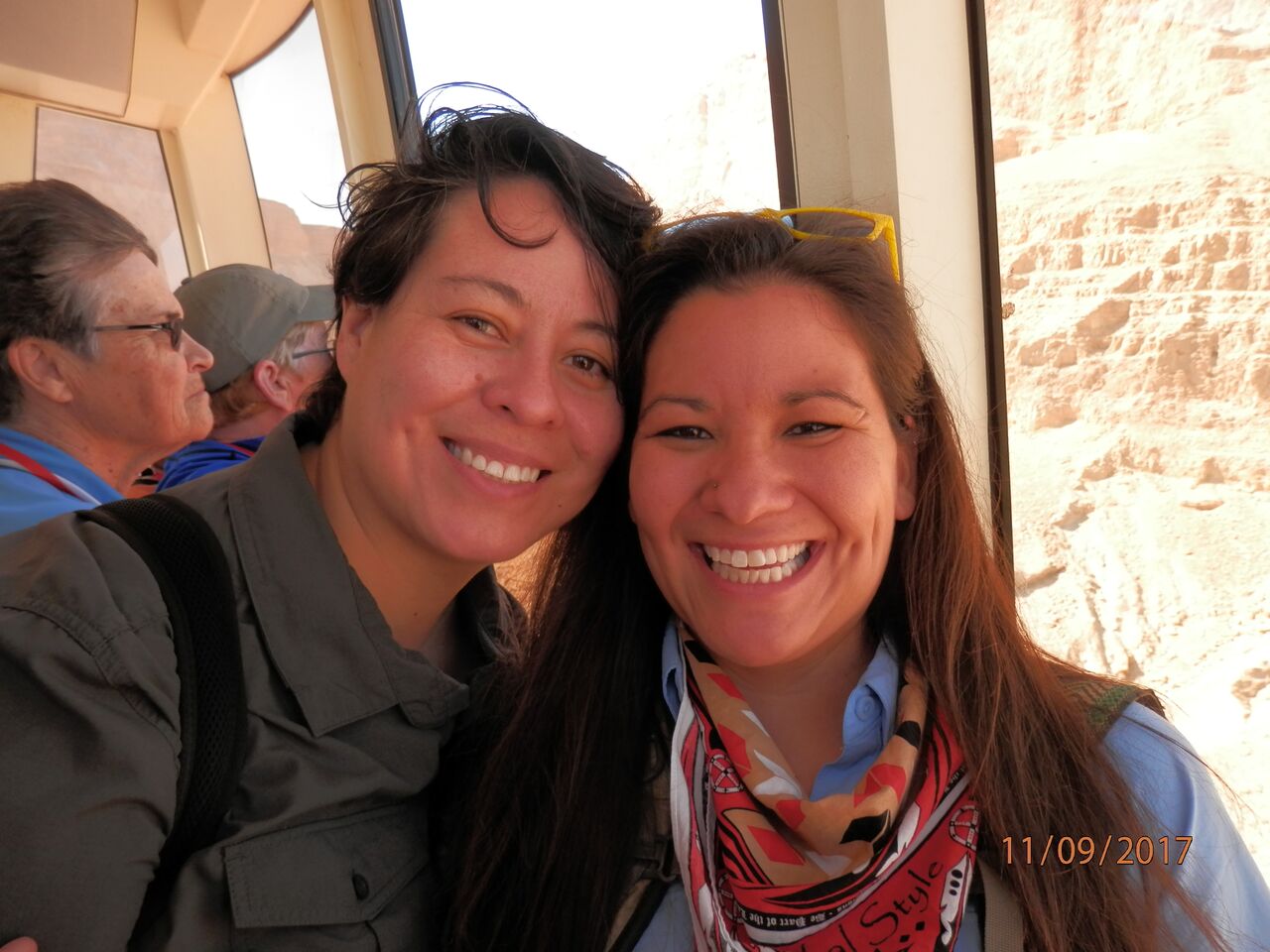 Riding the cable car to the top of Masada 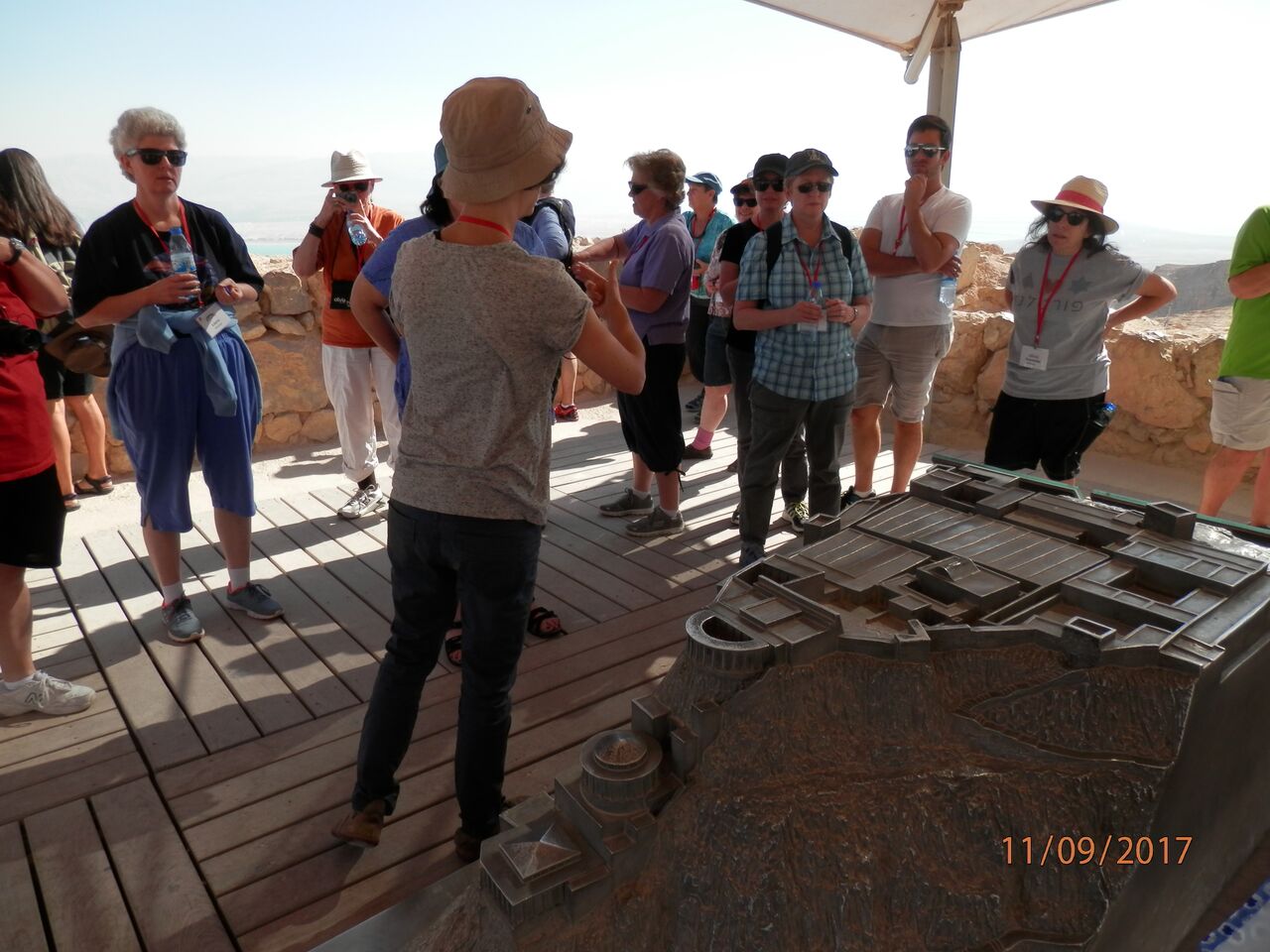 What piece of yourself would you fight for? 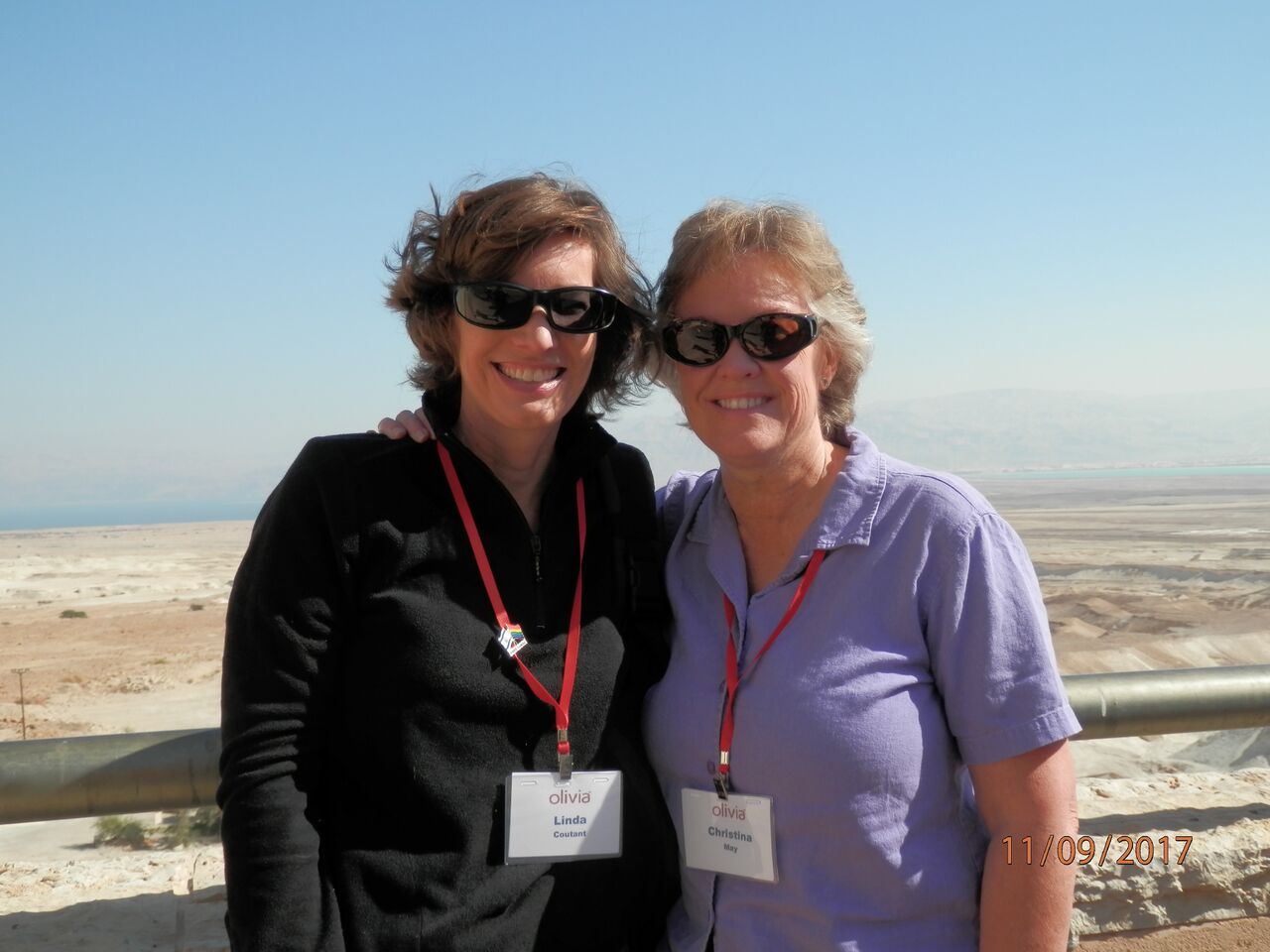 Linda and Christina at the top of Masada

From there, we traveled to the Dead Sea. On the way, our tour guide Anat spoke about the change in the environment, and how overuse of the water has caused a dramatic drop in the sea level. This is quite visible by the dead sea, as the waterline has retreated. There are also more sink holes as freshwater mixes with salt water underground. 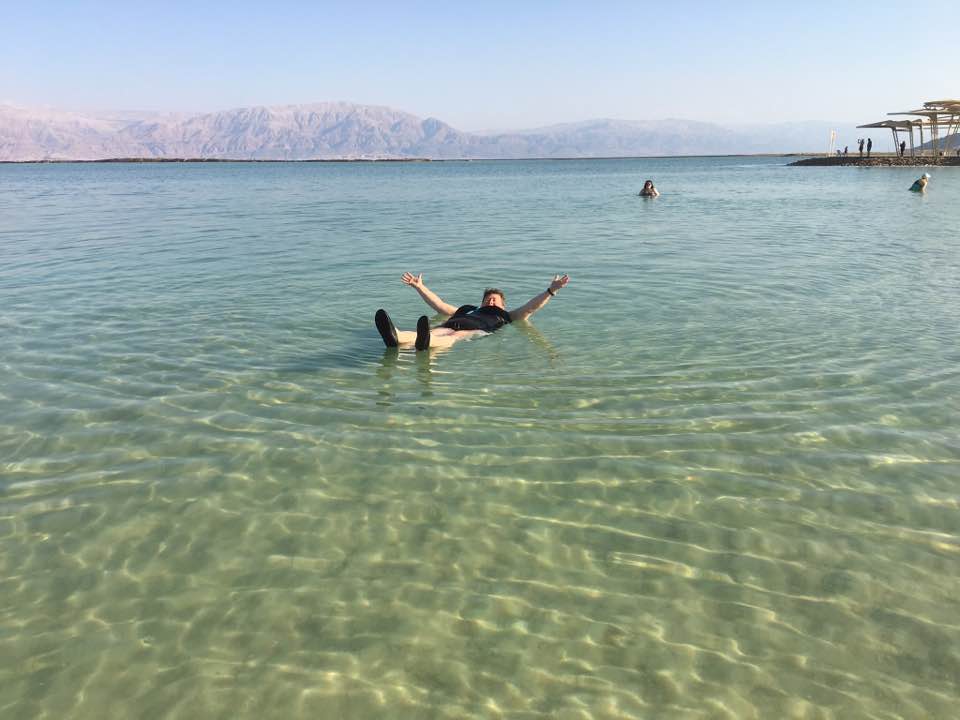 Floating in the Dead Sea

We then returned to Jerusalem for dinner and experienced the magic of Shabbat in this city of Gold.

SATURDAY, NOVEMBER 10
Our second day featured an exploration of Jerusalem’s old city. The group toured the city rooftops, the Kotel (the Western Wall), and the Church of the Holy Sepulchre. The old city is truly one of the world’s centers of civilization. 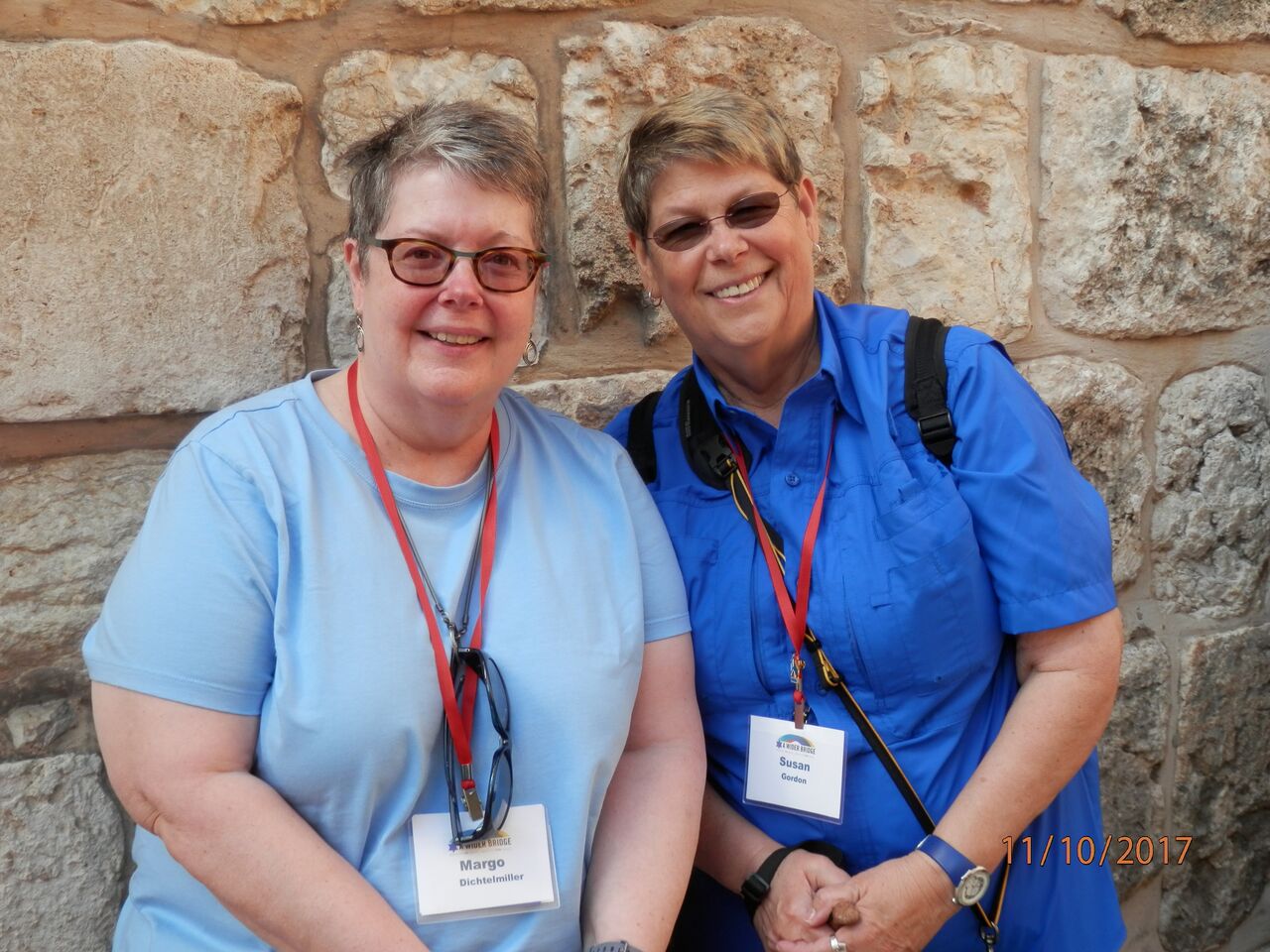 Margo and Susan in the Old City 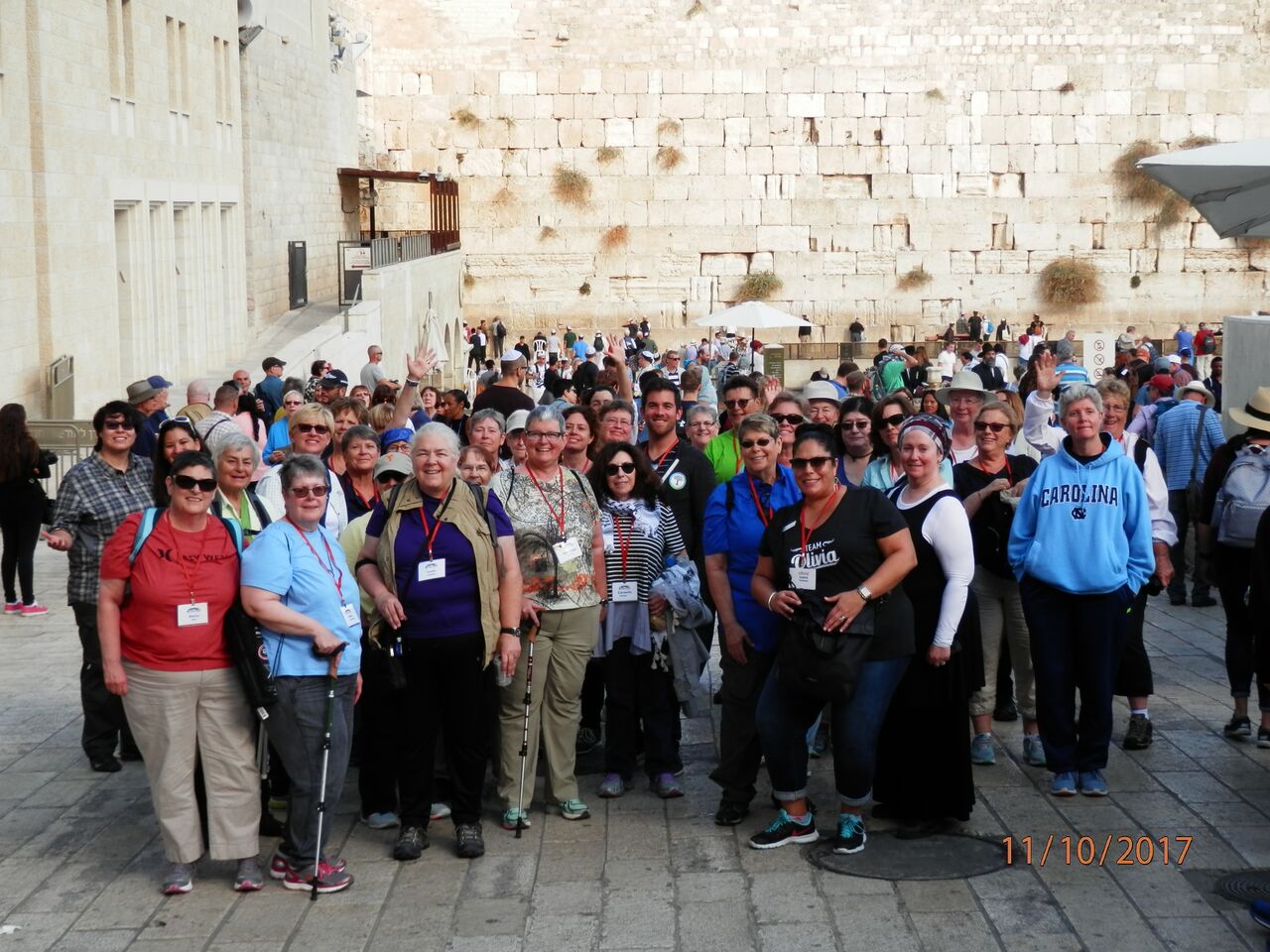 Group shot in front of the Kotel (Western Wall)

From there, we traveled to Tel Aviv.  We joined more than 1,000 queer Israeli women to watch the best in independent queer films at the Lethal Lesbian Film Festival. 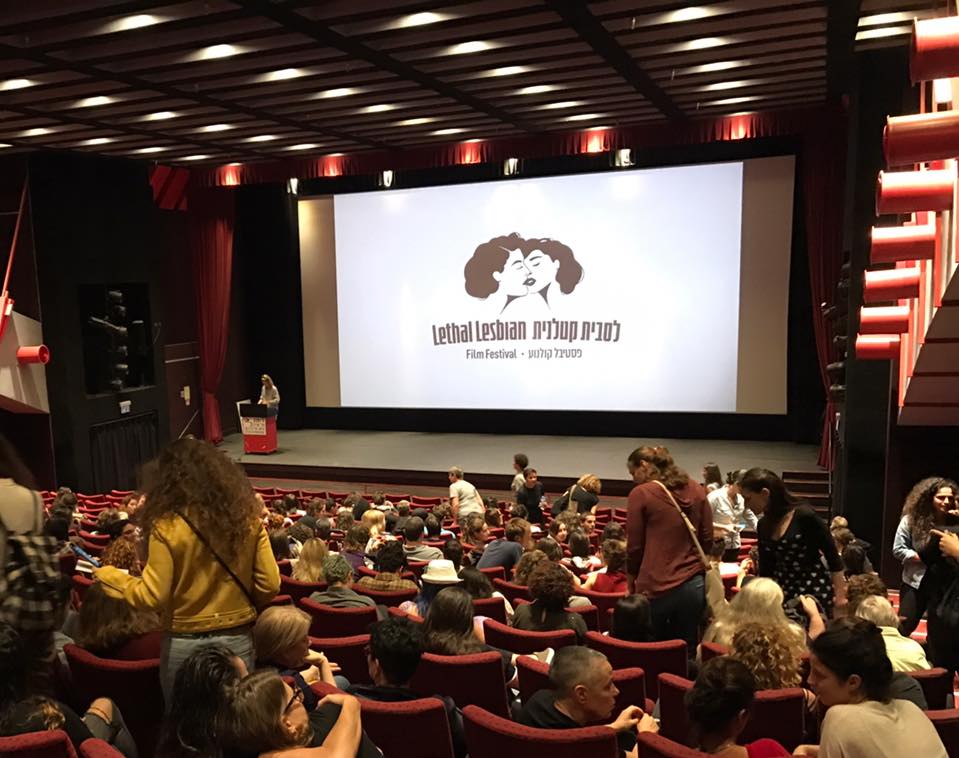 Co-founder Anit Nir gave a riveting speech about the power of the festival, now in its 10th year.

Anat spoke about how during the early years of the festival there was no municipal support or sponsorships. Undaunted, the organizers created the festival on their own and demonstrated the great demand for this festival, one that focuses on Israeli directors.

Years of dedicated work led to a fundamental change in the situation. Today they are supported by the establishment.

“I am happy to see the change taking place in the attitude and policy of the film funds, the municipalities and the commercial bodies, who are increasingly seeing what is happening here and are joining us to push forward this festival,” Anat remarked.

“We have moved from a mentality of survival to action that directs and leads to real change in policy and consciousness.”

“I stand here and understand that we are not only an audience and filmmakers, but this is the place and existence of a community that has the power to bring about real change. You have given me so much strength and hope for almost two decades now. Against despair there is hope, against pessimism there is optimism,” Anat said in her inspiring opening remarks. 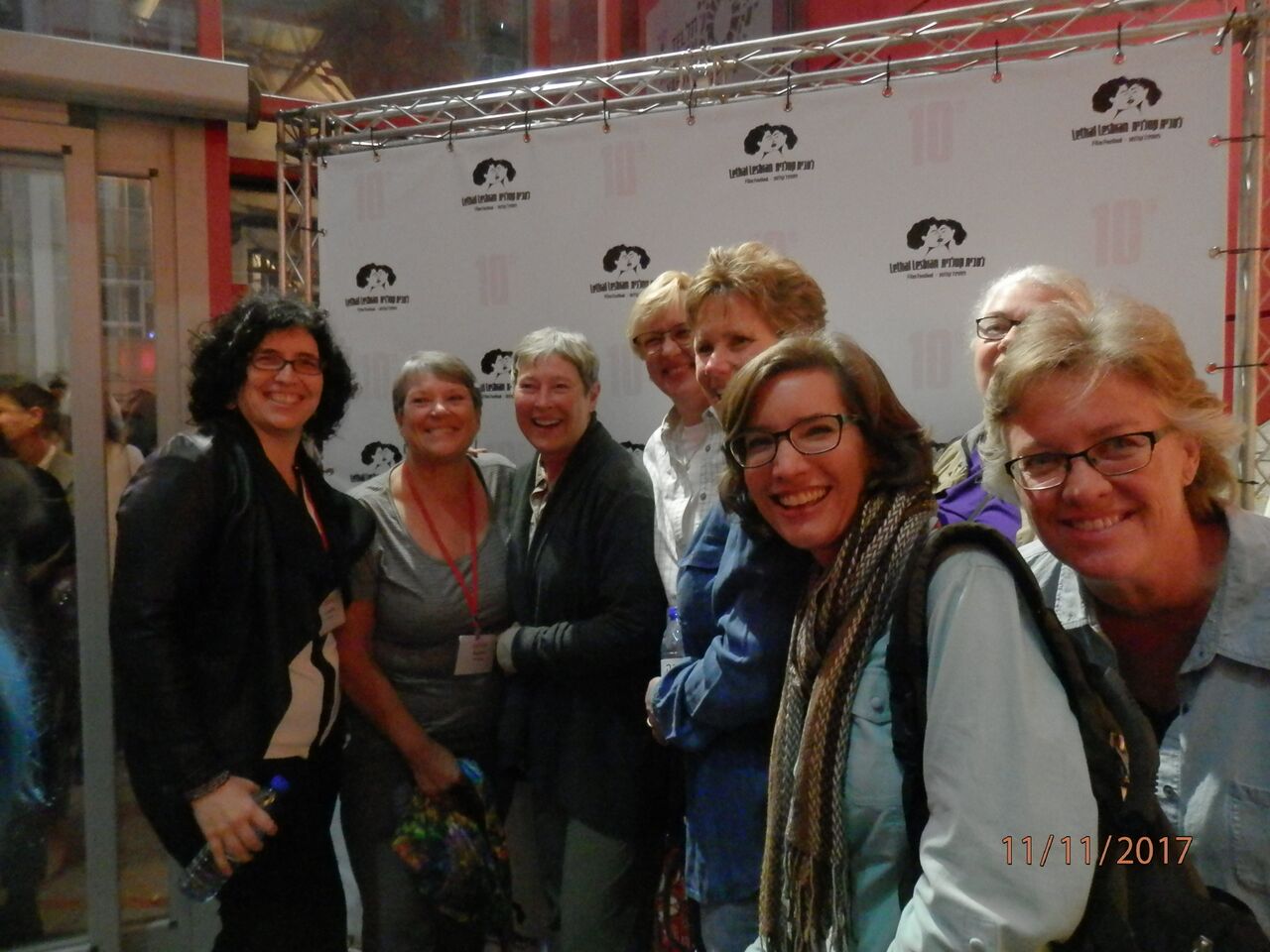 The day ended with a walk around Tel Aviv as the sun set over the ocean and night settled in.