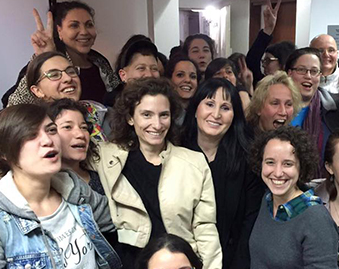 Four opinionated  LGBT woman have published an op-ed in the Israeli newspaper Haaretz, calling out the Tel Aviv Municipality, that may have chosen “women” as the theme of this year’s pride, but the real subject should be “men, as usual” 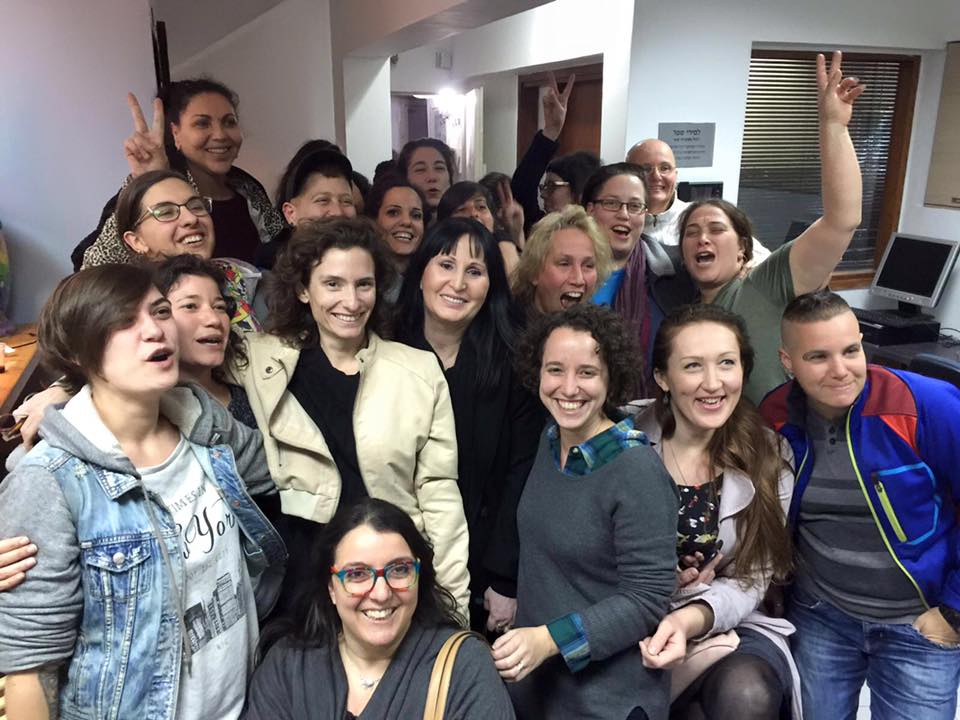 “Women For a Change,” announced the Tel Aviv municipality when it was published that the theme that will lead the pride parade this year is Women’s pride. It was not a miracle; it was the outcome of an intensive promotion of female opinion leaders from within the community. But soon it was discovered that it had been too early to celebrate.

The responsibility for the parade and all related matters was in fact transferred to community representative Efrat Tolkovsky, but the main functions that produce the event, positions with financial rewards, were saved for men the main producers of the event,Motty Reif and publicist Mor Shovavo Harel, owners of the production firm Ginger. Despite dozens of leading women successfully engaged in production and public relations, there wasn’t even an attempt to give them the job. “What do you want?”, say representatives of the municipality to women who complained. “The men will make sure of the visibility of women. The people in production don’t change each year, and there’s a need to keep the existing momentum of the parade with the best professionals who have proven themselves in the past.”

It’s hard to believe that until not so long ago, pride was not so close to the heart of the municipality. The first parade was held in Tel Aviv in the early 90s as a show of protest at Sheinkin garden. A few years later, in 1998, the underground operation became a happy mass march, a Tel Aviv summer carnival that attracts thousands of tourists every year in June, with the approval of the officials.

For years, the parade has absorbed criticism from inside and outside of the community. One of the strongest criticisms was from lesbians, bisexuals, trans, queers and others, who argued that the pride events exclude anyone who is not a gay man who’s young, single, and meets a certain beauty model. Publications around the parade, for example, are always showing shirtless young men with their six-packs smeared with suntan oil. For 18 years the parade was ignoring more than 50% of the population of the community.

It’s easy to understand why. The officials’ embrace usually has other motives besides the promotion of the weak, or working for equality and solidarity. Money, for example, is a pretty good motive. Women earn less than men, families spend less money on entertainment, parties and alcohol than singles, and the ideal tourist to the city would be rich, single, and has a beauty standard that will attract more tourists. A person who photographs well on the beach in the morning and in the evening drinks at the bar of the Haoman 17 club. And when the community is seen as a consumer force, whoever is weak is being pushed out. The one who doesn’t look good on posters will be excluded. Whoever makes problems, such as protests or demonstrations, better stay at home. The parade this year was supposed to be different.

In an ideal world, the Tel Aviv 2016 Pride would be an event with feminist content – lesbian women from around the world could’ve come to it. There could be activities that shed light on the problems that plague women in the community: regulation of egg donation between spouses, for example, or managing a household with two “feminine” salaries – that is, lower, -and how to deal with a combination of motherhood and a career when both women are mothers and careerists. But no. In reality, the “women” in the title were given by the executive producers of the parade just one more float to dance on, and even that – after a struggle.
And how do the men appear in a parade with a theme of women’s visibility? The figure that the municipality added to the property tax bills of Tel Aviv residents appears next to the announcement of the parade: a bare-chested man. And the tourism campaign that runs in Europe shows, again, a bare-chested man.

The Tel Aviv pride parade is only the foreground of the deep problems of the community, whose face for many people is a face of a white man. These are the louder ones, more visible, and they reflect more on issues related to the community. Even in the Knesset there have been some MK men who are out of the closet, but no lesbian MK. The result is that in many issues (for example, the lack of a legal marriage option or the surrogacy law which many lesbian women are opposed to) the opinions of the women are not heard.

For the title that was chosen to truly represent the parade this year, instead of the specifically conceived slogan – “Women for a Change”, you could settle for just saying “men, as usual.” Or there is still the possibility to take advantage of the month left until Pride to make a real change.