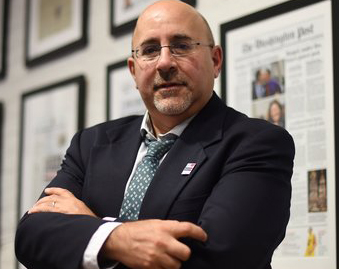 Gay Jewish attorney Evan Wolfson,  founder of Freedom to Marry, was “gladly” put out of work and now traveling the world helping activists in other countries. He’s currently helping in Australia: “This is the moment — this is the time.”

Same sex marriage will happen in Australia sooner rather than later, the architect of the successful US campaign for equality says, and he’s coming down to help.

Evan Wolfson was the founder of Freedom to Marry, a strategic hub for the national equality battle in America that ultimately won in 2015.

Since being “gladly” put out of work, the lawyer has travelled the world helping activists in other countries. As he turns his sights to Australia, he’s confident of another victory.

“This is the moment — this is the time,” Wolfson said.

“You guys are so far ahead of where we were when we won. You have more public support and you have an entire global track record to point to, showing that ending marriage discrimination doesn’t hurt anyone and isn’t a leap into the dark.”

Over the course of four decades of activism, Wolfson helped take the American homosexual community from “a despised minority” to recipients of the legal right to marry.

Continue reading on The Herald Sun