Of all the countries in the world with gross human rights abuses some activists only see Israel as a pariah state, refusing to applaud that country for its good works. Their attacks on Israel demean the fight that the gay community has fought for decades to destroy this stigma. 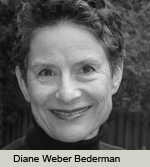 Last November I wrote about Olympic hopeful Jake Holden. The Olympics are here but I noticed a great deal of air time has been given to discussing gay rights, probably because Russia had made its anti-gay position clear ahead of the Games. J.J. McCullough put this into perspective when he pointed out that Russia is not as bad as so many other countries.

In 2012 in Iran, Ayatollah Abdollah Javadi-Amoli an influential cleric and an Islamic scholar referred to homosexuals as “inferior to dogs and pigs.” Iran is under Shari’a law.

Attacks against gays in Iran are so heinous there was an international uproar in London and San Francisco and Russia!

The person who posted this video wrote: “I made asylum in Israel in 2010, where its OKAY to be GAY.”

Are you aware that it’s illegal to be homosexual in 78 countries? (Only 49 ban lesbianism.) Five countries have the death penalty: Iran, Saudi Arabia, Sudan, Yemen and Mauritania. Even though Bahrain, Kuwait, Qatar, Oman, Saudi Arabia and the UAE already outlaw homosexuality, they’re toughening their stance. And there are “Gay medical tests” that must be taken to gain entry into Saudi Arabia.

According to Ali Hilli founder of Iraqi LGBT. “Instead of protecting sexual minorities, the Iraqi government facilitates their murder by arresting the victims and handing them over to militias who kill them.”

Gay rights abuses take place in Malaysia where under Shari’a law gay activity can lead to whipping and up to a 20-year prison sentence. Homosexuality is illegal in most African countries and in Uganda, homosexual acts are punishable by 14 years to life in prison; Qatar which has a poor human rights record in general, has declared homosexual acts between men illegal and punishable up to seven years imprisonment. United Arab Emirates, Jamaica, Libya, Moldova, Chile, Cameroon, El Salvador, and Zimbabwe also have laws against gays.

While I was researching these abuses I read about pinkwashing and gay rights. Never really understood it, but now I do. Pinkwashing is a term attached to “cause marketing” that I understand began with companies hitching their wagons to Breast Cancer Pink Ribbon campaigns. They wanted to “wash” their products with philanthropic ideals. I have purchased mushrooms with a pink ribbon on the box.

Read the full story on The Huffington Post Canada