When I first began the process of coming out when I was 15, I couldn’t have imagined that at the age of 30 I’d be reading a comment posted on the internet by one of my then idols, Stephen Fry, telling the world that I have “… remarkable grandparents. They can teach people half their age a lot about love and acceptance.”

But I did, as he helped me launch the Out4Marriage campaign for marriage equality in the UK by sharing a YouTube video that my 81-year-old grandparents, Norma and David Green, had filmed in their kitchen.

In the video, they reminisced about how they met and eventually married. They told YouTube viewers that they have four grandchildren, two of whom have got married, but that they have one, me, who wouldn’t be able to marry because he is gay. They ended their video by saying they wanted the law to be changed so I could marry if I met the perfect guy, and called on others to come Out4Marriage.

Within weeks, celebrities including Fry himself, Sir Richard Branson and Hugh Grant, together with politicians including Boris Johnson, Ed Miliband, Nick Clegg and Theresa May, filmed their own videos explaining why they had also come Out4Marriage. A campaign had been born, spread through social media as well as in the Evening Standard, and politicians including David Cameron have watched the videos and engaged with myself and the team behind them. A quarter of a million people have now viewed the videos on the internet, and millions more have read about them in the newspapers over the past year. 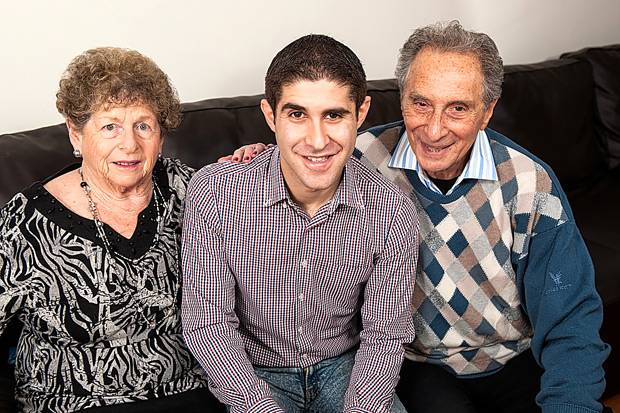