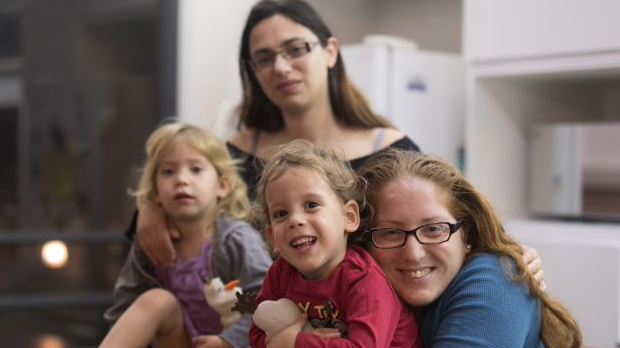 Lesbians in Israel who want to adopt children are subject to a series of intrusive and bizarre questions from the state. Leading Israeli LGBTQ activist, attorney Michal Eden, exposes the state’s bias against lesbian families. 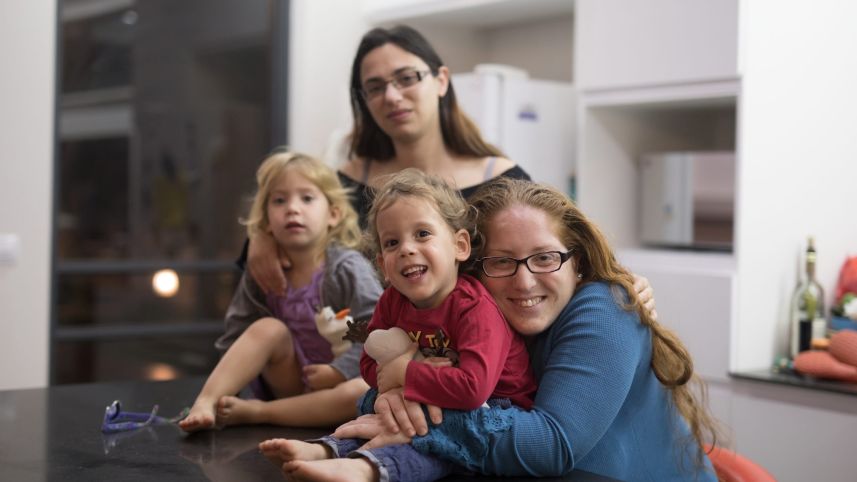 Recently, we were informed that the state is concerned about trafficking in children from families of lesbian moms. The state raised this delusional argument as part of its objection to giving lesbian couples a parenting order from the date of birth. According to the state, it’s not enough that two women file a joint application for a parenting order, and declare that they are spouses who raise their children together. In order to gain the desired recognition of their shared parenthood for their children, they must appease the establishment, prove their pure hearts and their innocence. They are required to answer a series of humiliating and outrageous questions: have you been convicted of a sexual offense? Have you been suspected of an act of violence? Why didn’t you make an agreement? Why don’t you have common property? Why didn’t one of you change her last name? Who is the sperm donor? Questions which straight people do not have to deal with. Straight people simply make children without the state interfering in this intimate event.

And as if these intrusive questions are not enough, the state demands that lesbians come to court during their maternity leave as they try to adjust to their new lives as mothers and submit their application for a parenting order within 90 days of birth. If the mothers can not keep up with this insane and reckless schedule, the state immediately suspects that they are fabricating a non-kosher “deal”. The state immediately requests that a social worker be sent to them to examine their reliability and seriousness. The state refuses to allow them to receive the order retroactively from the date of birth.

The state is so determined to fight lesbian families that even after its claims are rejected by the family court, it does not hesitate to drag families to another round in the District Court. This is what it did to Mor and Hadas Ayalon-Arkadir, a couple from Tel Aviv, and to their little son, Hillel. We have already received for them a parenting order from the day of the birth, and we have already convinced the court that the fact that they filed their application a year and a half after the birth did not justify the intervention of a social worker or the denial of rights. However, the state did not waive the case, appealed to the court and claimed they deal with child trafficking, no less!

The Tel Aviv District Court found the state’s surprising demands pointless, and in a hearing that took place two weeks ago, the judges urged the state to withdraw its appeal, but no! The state does not break. Now the representative of the state announced that the Ministry of Social Affairs does not dismiss the appeal, and continues to fight the family of Hadas and Mor.

And I want to say – Enough already! Let the state stop harassing us. The Social Affairs Ministry should focus on carrying out its important role by protecting children in need, and stop wasting its meager resources on unnecessary and insulting examinations of LGBT families. The social workers who collapse from caring for families at risk should stop wasting their time on mothers who have no reason to be suspected. They must remember that they are responsible for the well-being of children, and instead they are preoccupied with harming children, who are very well treated. There is no reason to delay the regulation of their status and rights.

For almost 20 years, the state has recognized lesbian families. It’s already well known that this is a common social phenomenon. A request by a lesbian couple for an adoption order or a parenting order had never been rejected. So why does the Ministry of Welfare still believe that the birth of a child to an LGBT family is an event that should interest the courts? What is interesting about a couple who make a family and have children? Why must the family come to the courts and hearings? Isn’t it about time that you hold off your intrusive existence into our lives?