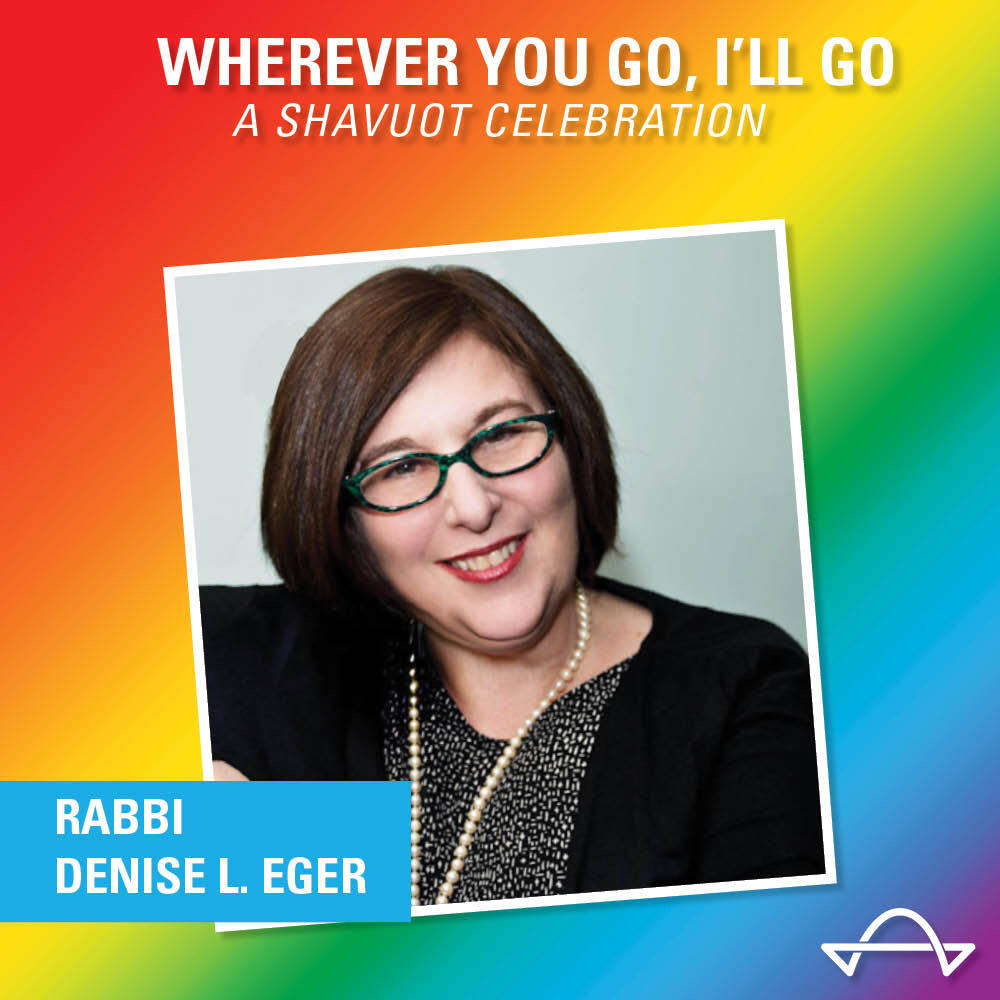 Rabbi Denise L. Eger is an international Jewish leader and social justice activist. She is the founding rabbi of Congregation Kol Ami, in West Hollywood, CA. She is Past President of the Central Conference of American Rabbis, the international organization of over 2300 Reform Rabbis. She served as the first openly gay or lesbian person in that position. She also was the first woman ever elected as President of the Southern California Board of Rabbis which includes Reform, Conservative, Reconstructionist and Orthodox Rabbis.

Rabbi Eger is the editor of the ground breaking book, Mishkan Ga’avah: Where Pride Dwells: A Celebration of LGBTQ Jewish Life and Ritual (CCAR PRESS, 2020). This collection of LGBTQ prayers, poems, liturgy, and rituals is both a spiritual resource and a celebratory affirmation of Jewish diversity.

Giving voice to the private and public sectors of queer Jewish experience and allies Mishkan Gaavah is also a commemoration of the fiftieth anniversary of both the Stonewall Riots and the first pride march, reflecting the longtime advocacy of the Reform Movement for full LGBTQ inclusion.

Rabbi Eger is also the co-editor of the recently published Gender and Religious Leadership: Woman Rabbis Pastors and Ministers (Rowman and Littlfield, 2019). This volume analyzes historical and recent developments in female religious leadership and the larger issues shaping the scholarly debate at the intersection of gender and religious studies.

Eger was named as one of the 50 most influential Jews by the Jewish Daily Forward in 2008 and one of the 50 most influential women rabbis in 2010. In October 2011 Rabbi Eger was one of the Gay Icons of Equality Forum’s LGBT History Month. Huffington Post named her as the #1 LGBT Clergy Person in America. Most recently recognized for her activism by the City of Los Angeles as a trailblazer, she has won numerous awards for her leadership from the Human Rights Campaign, the City of West Hollywood, the California State Senate and State Assembly.

She is a noted author and speaker and has contributed to the Women’s Torah Commentary, Seven Days Many Voices: Insights into the Biblical Creation Story, The Sacred Calling: Four Decades of Women in the Rabbinate, Lights in the Forest, The Sacred Encounter and numerous articles in newspapers and magazines and appeared on radio and television.

Eger officiated at the first legal wedding for a lesbian couple in California. She has been a leading voice for LGBTQ equality, women’s rights and human rights.