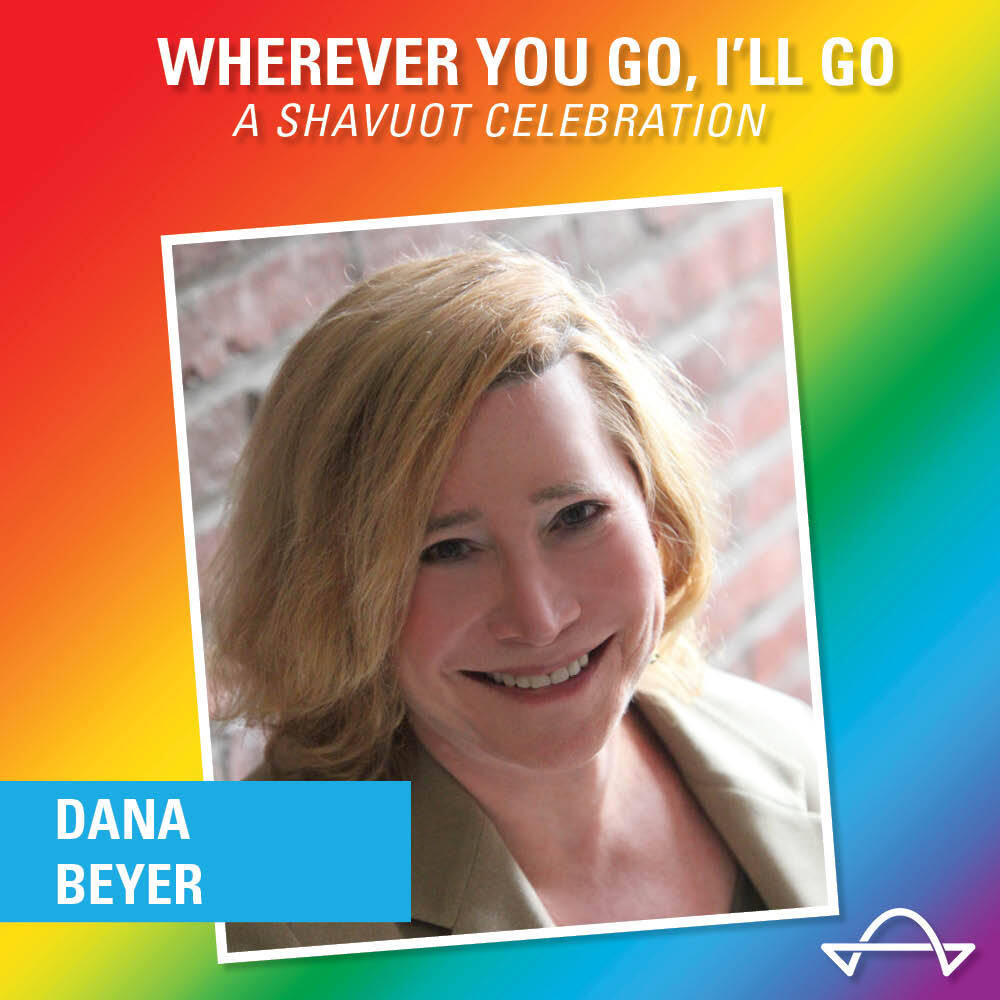 The core of the Book of Ruth is the story of a woman marked by tragedy who nevertheless found the strength to persevere and adapt within the constraints of her life and culture. Her resilience is marked by her ability to decide, on a moment’s notice, to cast aside her identity, to embrace a deeper reality. That new identity allowed her to become not just another woman in the patriarchal culture of Canaan and its surroundings, but the ancestor of King David several generations hence, as well as a bisexual role model and lesbian hero millennia later.

Casting aside that which defines you, be it your home, family, religion, sexuality or country, is never an easy thing. Joseph Brodsky, the Soviet émigré said, “Exile brings you overnight where it would normally take a lifetime to go.” Those of us who have come out, transitioned gender or in some other way cast ourselves forward as a new being in our society, often exiled from our past, are reminded, sometimes daily, of that change. Not an easy thing, and while there is usually some public act that signals that transition, that exile, we also know that the path did take a lifetime to tread, to bring us to that moment.

I hope that during this plague year that we can transmute the particularity of our personal journeys amongst the LGBT community into an embrace of our underlying humanity as we all strive to save ourselves, our family, friends and neighbors. And the seeds we’ve planted this spring, nourished by the courage we’ve all inadvertently discovered in ourselves over the decades of our personal journeys, will be harvested this fall in a new hope for decency, dignity, honor and a culture of the liberal possibility of liberty and equality.

Dana is a retired eye surgeon who was a candidate for the Maryland state House and Senate from 2006-18. She was Executive Director of Gender Rights Maryland, the state’s trans political organization which led the campaign to pass Maryland’s gender identity legislation in 2014, as well as multiple county laws from 2007 – 2012. She was chair of the national advisory board of Freedom to Work, and wrote a weekly column for six years on political and social issues for the Huffington Post before its restructuring in 2018. She served on the Rules Committee of the national Democratic Party in 2012, was Vice Chair of the Civil Rights Coalition of Maryland, and a member of the Montgomery County Committee Against Hate/Violence, and is a member of the Montgomery County Human Rights Hall of Fame. She splits her time these days between national social and political advocacy, traveling, spending time with her granddaughters, and venture capital.

Dana has been an advocate on public health issues, including research on the effects of DES and endocrine disruptors on human sexuality and reproduction. Dana has been VP of Equality Maryland and Maryland NOW, a Human Rights Campaign (HRC) Governor, a board member of the National Center for Transgender Equality (NCTE) and Keshet, the national Jewish LGBT education and advocacy organization. She is currently on the board of global LGBTQ organization, A Wider Bridge, and the J Street Finance Committee. She helped write the Gender Dysphoria text for the DSM 5 of the American Psychiatric Association, declassifying being transgender as a mental disorder.