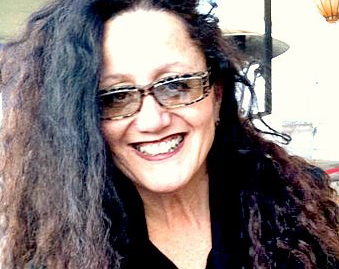 Melanie Nathan, a lesbian activist from San Francisco and a friend of A Wider Bridge, wrote this post following President Trump’s inauguration – and the removal within minutes of all reference to LGBT equality by the Department Of Labor while the White House has removed reference to climate change from their respective websites

I was awakened this morning at about 4.00 am by the formidable and unusual crash of thunder. In twenty plus years living in Marin County I do not recall being roused to such tempestuous a commotion. My mind jolted at the realization that today is Inauguration Day, when America will swear in the 45th U.S. President, one whom many of us believe to be illegitimate, or unqualified. I grabbed my I-Phone and posted on Facebook:

Boom boom boom – the unfamiliar crash of thunder just sounded it’s Godly alarm here in Marin County, California, as the skies opened- pouring mother nature’s tears on an already soaked unIverse!!?!? Is this an omen – a reprimand – is G-d pissed off .! Look at what mankind has done to itself -culminating in this day of doom – as a gloating pussy-grabbing thieving greasy palmed demagogue steals the seat designated for the most powerful human in the world – ⚡️⚡️⚡️⚡️⚡ Dang it never thunders here in Marin – and the skies just sounded the alert… Could this hailing in of Adolf Caligula be more dramatic?

I went back to sleep and when I awoke several hours later, turned my television set to the Cartoon Channel and then to watching Venus Williams at the Australian Open, determined to boycott all coverage of Trump and the hateful platform which he represents.

I reflected on my fears for our LGBT, Immigrant, Muslim, Disabled and economically strapped communities and realized that we are bracing for a storm like none other – what does today mean to us