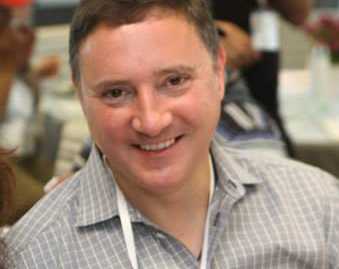 A Wider Bridge’s Advisory Board member Chris McCannell just came back from Israel after taking part in Tel Aviv’s first LGBT leadership conference, where he heard Mayor Ed Murray’s speech, and has something to say to those who tried to prevent Mayor Murray’s from attending the conference.

The recent opinion editorial “Seattle mayor’s trip highlights dangers of pink washing” tried to make the point that the gay mayor of Seattle’s address in Israel at the 40th anniversary of Tel Aviv Pride was done to distract attention from Israel’s control of the West Bank and Gaza Strip and its impact on Palestinians.

The author contends that the mayor’s visit to Israel and the West Bank was nothing more than “pink washing” a pejorative term for highlighting Israel’s pro-LGBT policies without recognizing the pain and suffering the Israeli-Palestinian conflict has caused to both sides. This is nonsense. Seattle Mayor Ed Murray visited the only Democratic state in the Middle East and the only one that protects the rights of all minorities, including gay and lesbian citizens.

His visit to Israel as well as time spent in the West Bank, where he experienced firsthand the challenges facing the Israeli and the Palestinian populations is one that is often taken by American elected officials to understand the daily security threats the Israeli people endure. As the Syrian war continues to rage on at Israel’s northern border and the threat of ISIS grows throughout the Middle East, Israel’s strong and vibrant democracy is needed more than ever.

While in Tel Aviv, Mayor Murray spoke at a conference marking the 40th anniversary of Tel Aviv Pride, which reflected the accomplishments and continuing work that Israel needs to do to achieve true equality. This conference was hosted by the U.S.-based NGO A Wider Bridge, which promotes LGBT support for Israel and the Agudah, Israel’s version of the Human Rights Campaign. Israel’s record on LGBT issues has been one of the strong hallmarks of a democratic and civil society and includes being one of the first countries to allow gays to serve openly in the military, allowing equality at workplaces and recognizing same sex marriages performed outside of Israel. Tel Aviv’s vibrant gay community is known for its 150,000 strong Pride march as well as a vibrant LGBT center supported by politicians of all stripes.