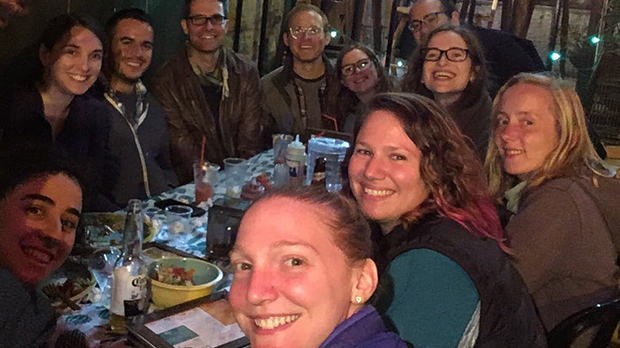 Branden Johnson is a gay man from Houston who is studying at the Conservative Yeshiva in Jerusalem.  Through a partnership with the Jerusalem Open House, he founded Qyear Jerusalem, a social group for LBGTQ adults, 25-35, who are living in Jerusalem for the year. 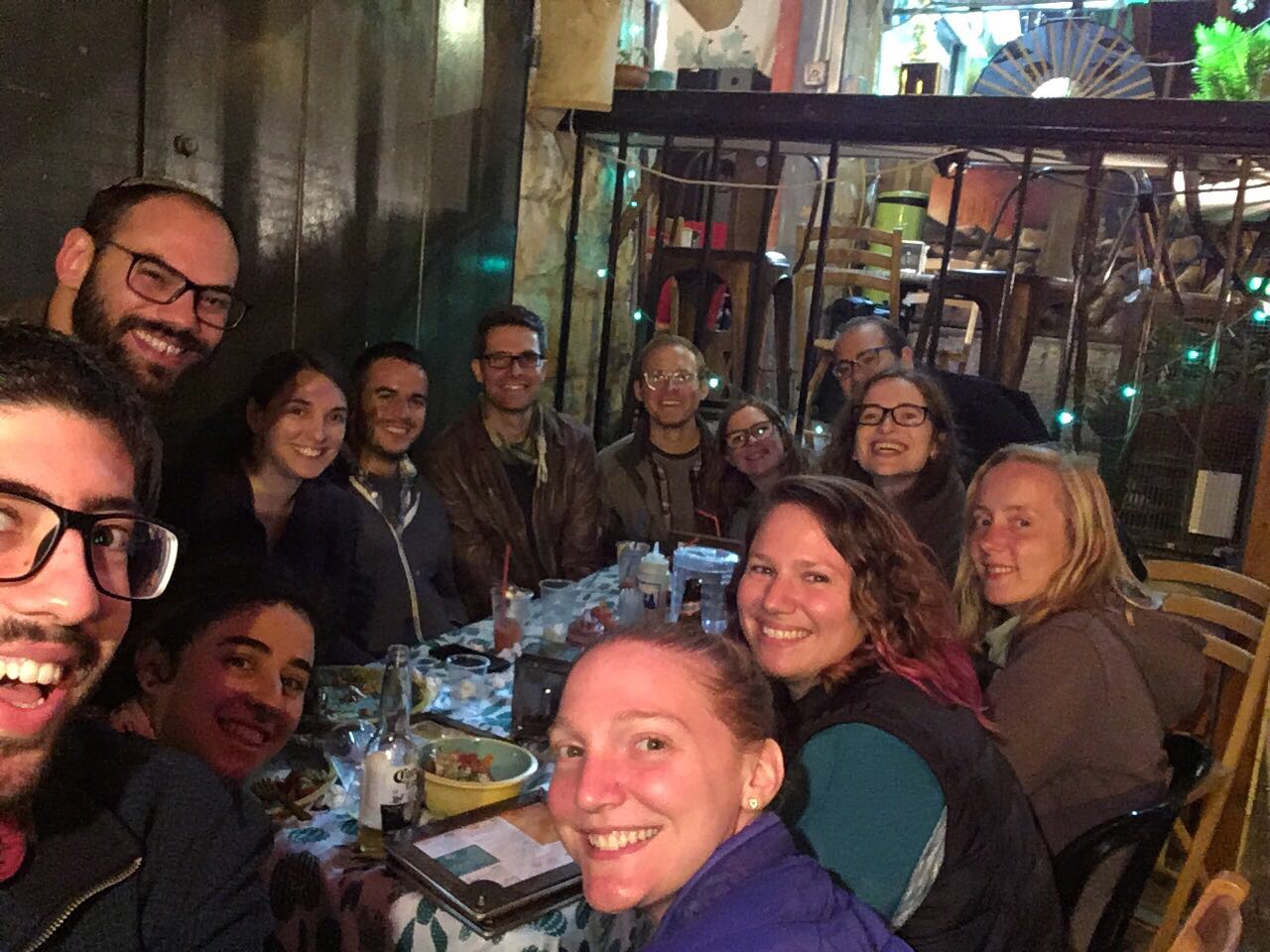 A Wider Bridge caught up with Branden for an interview.

Firstly, can you tell me a bit about your own background? How did you end up in Jerusalem for the year? Have you been to Israel before?
I finished my conversion to Judaism in 2015. It was a long process for me, but I have found so much joy and a real sense of place in the Jewish community. I spent the last two years working in a Conservative shul in Houston. I was the programming and communications manager, as well as a sixth grade teacher in the religious school. That experience led me to the realization that I wanted to go to rabbinical school, and that I would need to spend some time in Israel beforehand. This is my first time in Israel. I was only supposed to be here for the five-week summer ulpan program at the Conservative Yeshiva here in Jerusalem. But they offered me a fellowship to stay for the year, and I couldn’t really say no. I was also incredibly fortunate that my my family and congregation back in Houston helped me financially as well.

What are your impressions of the LBGTQ community in Jerusalem/Israel? Anything that surprised you? Memorable experiences so far?

The LGBT community here is fascinating. In many ways it’s like anywhere else, but it has a very special character, especially here in Jerusalem. It’s a place where a lot of people wouldn’t assume there’d be an active, vibrant, diverse LGBT community – but there is. I have been welcomed in many ways with open arms. Dating for me has always been easy, and being a gay man who also identifies as religious here has presented a whole series of new challenges and considerations. But I love it. Jerusalem isn’t as flashy as Tel Aviv or New York, but it has an amazing energy and a broad community of passionate activists, advocates, and allies.

You’re volunteering at the Open House, correct? What type of work do you do there?
I am a community/education volunteer. I am working on three major projects. The first is an English language guide to LGBT resources in Jerusalem for visitors and new olim. That will be available in December. The second is an e-book featuring interviews with and photos of middle-aged lesbians who live/have lived in Jerusalem. Half of the interviews will be in English, and the other half in Hebrew. The woman coordinating the project wanted to collect stories about the rich history of Jerusalem’s lesbian community before some of the women lose the ability to tell them. And the third is this group, Qyear Jerusalem.

What was the impetus to create Qyear?
This group was designed to tap into a specific niche within the Jerusalem LGBT population. There are a lot of folks here studying or working or volunteering for a year after finishing college, or preparing for a career change (like myself). A lot of organizations, groups, and programs focus on the pre-college gap year population or new olim. We wanted to bring together some of the people who don’t fit into those categories and want to meet people with similar backgrounds/experiences interests.

Why is the group limited to the 25-35 age limit?  You do mention that there are services for the pre-college gap year or new olim – but what about people who are changing careers, etc. who are older?  Wouldn’t they also have something to contribute to the group?
The age range is pretty flexible, and I encourage anyone who wants to attend to do so. The Open House already has active groups for different age groups (younger and older), and the LGBT Olim organization also offers a broad range of programs. We didn’t want to step on toes and, really, an important part of the experiment with this group is determining the level of interest and its viability. There may not be a significant need for it given what already exists. However, I’m seeing good turnout and we’re attracting people from a variety of circumstances, so I think we’re on to something.

What has the turnout been like?
We’ve only had two meetings so far, and turnout has been about ten people each time. I think that’s pretty great for a fledgling group. I hope that as the year progresses, word of mouth will spread and we can generate more interest. I am working on a special program in partnership with the Conservative Yeshiva that will hopefully draw some interest from a broad audience. I think the hardest part is generating awareness in the early months, so that’s what I’m focused on right now. No one’s going to come if they don’t know you exist!

What kinds of things do you have planned for the group?

Our next program is a group trip to Machane Yehuda to experience the nightlife there. Then we’ll be doing an American-style Friendsgiving potluck dinner. We’ll probably do something for Chanukah, like a latke cook-off or group sufganiyot baking. And I want to work on some other religious and educational programming, perhaps in partnership with Pardes or HUC. The sky’s the limit, really.

Anything else you’d like to add?
Just to express my gratitude to you for this opportunity to speak about my work with the Open House, and to A Wider Bridge for the amazing work they’re doing here and in the States. Thank you!

We thank YOU for all your work that you’re doing! Good luck with Qyear and we hope it takes off!