The 2017 A Wider Brunch honoring our Founder and Executive Director Arthur Slepian was held this past Sunday. View photos on Facebook.

During A Wider Brunch 2017, Rabbi Lisa Edwards from Beth Chayim Chadashim in Los Angeles gave a D’var Torah in Arthur’s honor. We hope you enjoy this wonderful lesson. A Wider Bridge

#MeToo. The growing number of North American women sharing their sexual harassment and assault stories inspired Israeli women to come out with their own experiences.  Transgender Israeli singer Dana International writes about this growing movement in Israel and harassment she has faced personally.   Yedioth Ahronot

Third generation gay: Imri Kalmann, co-chair of The Aguda who turned to politics, shared his family story ahead of the elections for left-wing party Meretz. His father came out of the closet when Imri was 9, followed by his grandfather. “My mom is probably the only woman in the world whose father, husband and son are gay,” he says. XNET

Gay British pop singer Boy George is excited to return to Israel in November for his upcoming concert with his band, Culture Club. Based on recent interviews with Israeli media, he doesn’t seem fazed by BDS pressure not to perform. The Jerusalem Post

The Health Clinic at the LGBT Center in Tel Aviv now offers couples therapy for LGBTQ couples, among its services. As a kickstart to this new initiative, the LGBT Centers staff looks at problems that often occur in same-sex relationships. The Agudah

New York — Maysaloun Hamoud’s debut feature film In Between is an empowering tale of three Palestinian women living in Tel Aviv, each fighting their own battles for independence and fulfillment. See the film in NYC at the Other Israel Film Festival. A Wider Bridge

CHICAGO — A community briefing on how to become agents for change in promoting equal rights for LGBTQ citizens in Israel and beyond took place this past Wednesday. Read the recap.  A Wider Bridge

Journalist Mark Stern pens a powerful essay on his reactions to the Chicago Dyke March fiasco and creeping anti-Semitism. “There’s no reason why LGBTQ people and their allies cannot be proudly Jewish and proudly Zionist.”  A Wider Bridge 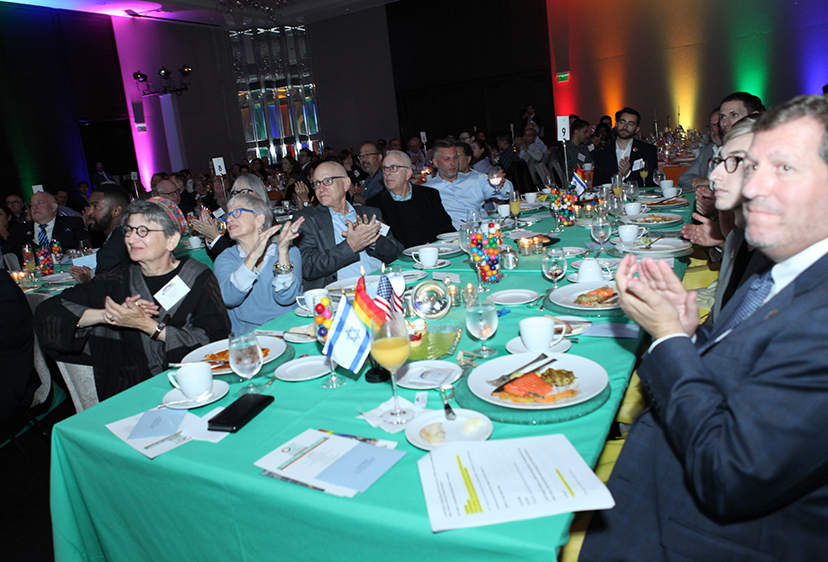 Honoring Arthur Slepian at the 2017 A Wider Brunch