#Trumpwashing: The Column I wish everyone who cares about the Israeli-Palestinian Conflict Would Read. Our website editor Yanir Dekel is stepping down after five amazing years. In this op-ed, he offers his views on some of the controversy that has surrounded A Wider Bridge’s work. A Wider Bridge

Now in its 10th year, the ‘Lethal Lesbian’ film festival returns to the Tel Aviv Cinematheque on November 10-11.  A Wider Bridge

How the Gay Student Brotherhood in Ariel Changed the life of Shirel, a 25-year-old Trans Religious Man WDG

A recent incident at the Knesset illustrates how Israel’s LGBTQ communities are being negatively used as diversion tactics.  The Jerusalem Post

Gay Activist James McDonald, who joined the 2016 AWB Leadership Mission to Israel, writes about why he’s flying halfway around the world for a peace rally in Rabin Square.  The Forward

“I can be queer and Jewish here.”  American Matt Adler is a proud oleh chadash (new immigrant) to Israel. His blog chronicles his cultural, religious, and social experiences in his new home.  Planting Roots 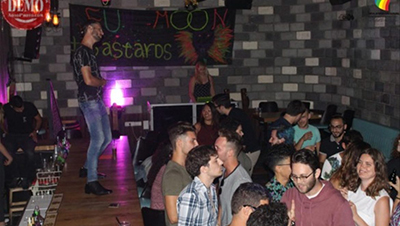