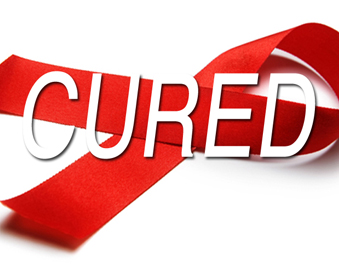 The cure for AIDS will probably come from Israel: Two Israeli scientists believe they have reached a breakthrough in destroying the virus and have announced their plan to start clinical trials on human beings within three months. Ynet

CHICAGO — The National LGBTQ Task Force sponsors and organizes the annual Creating Change Conference, which takes place this year in Chicago. Laurie Grauer, A Wider Bridge’s Midwest Manager of Programs and Operations, writes about A Wider Bridge’s part in this national event. A Wider Bridge

NEW JERSEY — Chaim Levin and Ben Unger speak openly about leaving ex-gay therapy and embracing a gay identity, the struggle in entering the gay dating scene and the risks of going public with the case against JONAH. Read this summary of one of the most important cases in Jewish/LGBT relations in recent years. Think Progress

CANADA — Israeli developmental psychologist Tirtsa Joels, who is with the University of Haifa’s Centre for the Study of Child Development, recently spoke in Montreal about same-sex families and homophobia in Israel. Canadian Jewish News

UNITED KINGDOM — Benjamin Cohen, Jewish founder of PinkNews, one of the world’s most successful LGBT+ news websites, gives a glance into his daily life. The Memo

After 9 years of struggle and 2 years of public campaign that even included the late Joan Rivers, Yuval and Liran Kadury-Altman have become fathers! A Wider Bridge

On March 23 the Knesset will mark for the first time its LGBT equality day. Yedioth Ahronot

A decade ago, the movie ‘Hineini’ opened a discussion about LGBT issues in Jewish schools. Now educators say the situation has improved—although challenges remain. Tablet

Over the last two decades, the majority of humanoid robots have been gendered in a binary feminine or masculine way – and transgender Jewish entrepreneur Martine Rothblatt inspires a new generation of robots… Inverse

Transgender Jewish director of The Matrix, Lana Wachowski, revealed as Marc Jacobs’ latest campaign star, as the designer praises her for ‘inspiring me to think differently.’ NY Mag

Actor and dancer Yuval David who recently got engaged to his partner, was interviewed by Yedioth America about his Israeli/American identity. Yedioth America

Gay Israeli actor and blogger Netanel Azulay got engaged to his boyfriend- and was thrown back to his kindergarten days, when he made his teacher and mom upset by drawing a wedding cake with two grooms on it. Mako Pride

Jewish political activist, equality advocate, and trans grandparent from NJ Barbra Siperstein writes about the media’s idea of who is really “the voice of the Transgender community” in America. The Huffington Post

Jay Michaelson reflects on how David Bowie inspired him growing up gay and Jewish; Bowie he alien, the gender-bender, the artist — and, of course, the chameleon. The Forward

Members of Beer Sheva LGBT Center went on the first ever community trip in the south of Israel, raising rainbow flags. Facebook