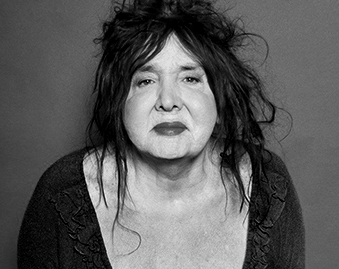 Gila Goldstein, an iconic pioneer activist and a veteran of the transgender community in Israel, died Sunday morning after suffering a stroke, and left the entire LGBT community in mourning. Hundreds of community members have showed up to this prominent figure’s funeral on Monday. Many tried to explain to those who didn’t know her, who Gila was and what she meant to the community.
“The Woman Who Laid Down on Barbed Wires for the Gay Community” – read celebrity stylist Miki Buganim‘s column
“Tel Aviv Will Be Boring Without You,” read the column by TLVFest’s Creative Director Yair Hochner.

In November 2016 A Wider Bridge brought 30 prominent LGBTQ leaders from across the United States to Israel. In this new video you can get a taste of what they did there, and hear what they had to say about how this experience changed their lives. A Wider Bridge

Following a Channel 2 News report, it was revealed that the Jewish Burial Society refused to bury homosexuals in two locations in Israel. The State Control Committee held a special discussion on the subject. WDG

After 51 days in the popular TV reality competition Big Brother, transgender Israeli model Talleen Abu Hanna left the house in a surprising elimination. Upon leaving the show, Talleen was informed that her father, who refused to speak to her since she transitioned, was watching her on TV. A Wider Bridge

MINNESOTA — Gay Minneapolis Rabbi Michael Latz published a new book of his sermons and other essays, with all proceeds are going to his congregation, Shir Tikvah. TCJewFolk

Longtime Jerusalem activist Eran Globus was selected Thursday as chair of the board of the Jerusalem Open House. Globus, nearly 21, is the youngest chair in the history of LGBT organizations in Israel. A Wider Bridge

Rotem Levin, an instructor at Israel Gay Youth’s Beer Sheva branch, shares her personal story and writes about being a part of the bisexual community, ahead of the coming Pride events in Israel that will highlight the bisexual people. IGY

Joanna Blotner, campaign manager of the paid family and medical leave bill that the D.C. Council recently passed, talks about the path to the passing of the bill, and how it’s designed to be inclusive of LGBTQ families. My Jewish Learning

‘As One’ opera, by Laura Kaminsky, tells a universal story about a transgender woman – inspired by an article she read in The New York Times, written before marriage equality became federal law. The Jewish Chronicle

Thinking about traveling to Israel? You might want to pack some frequently-used words. In this adorable new video by Vanity Fair, Natalie Portman, whose parents are Israeli, teaches the most used slang words in Israel. A Wider Bridge

Following their arrest at the Manhattan protest outside Trump International Hotel on Monday evening, Rabbi Sharon Kleinbaum and Rabbi David Dunn Bauer published statements reflecting on their experience and expressing their feelings. A Wider Bridge