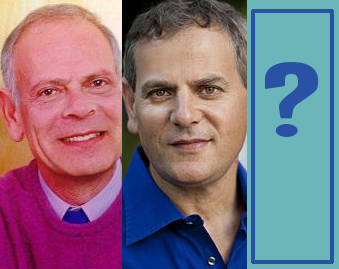 Is there a need to have a “gay politics”? Yeshurun from the religious gay organization “Havruta” answers, without shame.

A friend of mine asked me this week: why is it so important to you to have LGBT parties or representatives in Israeli politics? Why do you have to highlight your difference in politics and in general?

In an ideal world, a world without classes, a world in which there’s equality among people, a world in which the government provides a solution for everyone equally and provides all the ideal conditions for the development of everyone- in that world it wouldn’t be necessary to have sectarian parties that serve the narrow interests of a target audience. In that world even extremely religious parties like Shas wouldn’t have to exist and, in short, until the world is equal as envisioned by the melancholy prophets of Israel – currently the alternative is to be a leaf in ever-changing various governments, like diapers in an average Haredi family.

The LGBT community is unique because many of its members think that it’s better to hide and just melt into the other parties that exist, hoping that the less they see us the more they’ll love us. This reminds me of a small nation that everyone hates and in which all kinds of naive people wanted to give up their uniqueness and their differences so that some bloodthirsty Cossacks would lose interest in them (spoiler alert: in reality it didn’t work as planned).

There are those who assert that it’s wrong to be sectarian, that it’s not legitimate to be gay and to have developed political awareness and, God forbid, to have the will and desire to change things and have an impact in the name of your ideology. They say (those people who sent you to fight on their behalf – Representative Democracy, they call it at the academy) you gay people have recieved enough, you control the world of design and beauty as hairstylists, designers, makeup artists and so on. We don’t bother you so don’t you bother us, don’t go into the masculine, serious world of politics. Everyone has his place, stay in your stereotypical box because it works great.

I think that the community should establish LGBT parties, proud forums in existing parties, and promote its unique interests just as every other community does. Approach other LGBT people, influence them to vote for people who represent them and ride this horse all along the race, without shame.

Religious LGBT people especially are a minority within a minority and their difficulties are deeper, they don’t have enough people who are fighting on their behalf or representing them in the general public, and certainly not enough in the religious sphere in which the subject is still a ticking bomb that is not discussed enough. Their need of a role model is huge and therefore this vacuum must be filled in cells and parties that will meet for the needs of this unique community.

Some of us whose self-disgust – or should I say repressed homophobia- still exist, are guided by this extensive and sophisticated experience acquired from years of internal raging and repressed struggles to get along in a hostile environment. We got used to listening to all of those who I call “monstercuties” (those who pretend they care for us) without looking around and realizing that this is ridiculous, we have become accustomed to please all of them and to close our eyes to the double standards that were created in society towards us. Perhaps the double standards were not created intentionally, but they end up hurting us and need to be exposed.

I wish us all to win over the monster among us with awareness and determination so that we can truly be at peace with ourselves and promote ourselves as individuals and as a community without shame. The main thing is to have no fear.