According to the Nir Katz Center’s latest report, in 2017 there was an increase of 26% in the cases in which members of the LGBTQ community complained about violence being made against them. More than a third of the reported incidents were directed against gay men. “Hatred also grows with the help of public figures and rabbis – and there’s no one to condemn or censure them.” 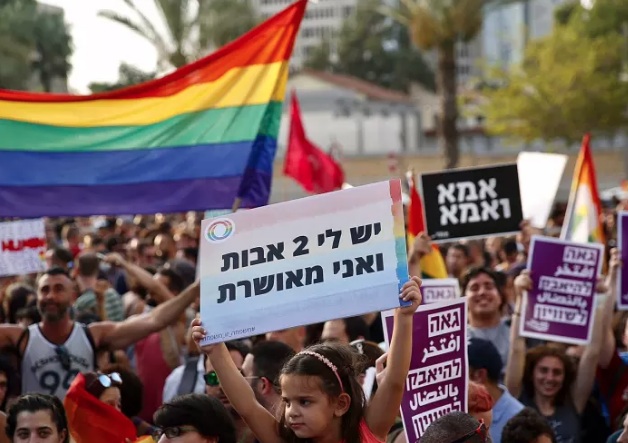 There’s been a 26% rise in the number of reports of LGBT people who complained about violence against them – Nir Katz Center, the center the fights violence against LGBT people in Israel, reports. According to the new report, 17% of the cases in the past year referred to violent incidents, including physical violence and accidental attack.

According to the report, in 2017, 533 hate crime reports were received and every four minutes, in average, a hateful post against the community is published on social media. The report will be presented to the LGBT lobby in the Knesset, headed by Knesset Member Meirav Ben-Ari, Yael German, Merav Michaeli and Michal Rozin.

The report, also submitted to the Minister of Public Security Gilad Erdan, Education Minister Naftali Bennett, Social Equality Minister Gila Gamliel and Welfare Minister Haim Katz, reveals serious cases that were reported during 2017, including the refusal of apartment owners to rent an apartment to LGBT people or a request to remove a rainbow flag from an entrance to an apartment; A threat to the property of a lesbian couple who opened a restaurant in Jerusalem; a refusal to have a gay man read Kaddish in memory of his father in a synagogue and other events, some of which included physical violence.

Eldad, 37, wanted to read Kaddish for his father, whom he had lost in the past year, in synagogue. “When I went up to the Torah to say Kaddish, a childhood friend of mine, who wrote offensive posts about me after I came out, forcibly prevented me from doing so. He said that he wouldn’t let me mourn my father on the Bima because it was contrary to what the Torah instructed. I felt humiliated and angry at that moment, it was disrespectful, I come from a traditional household and that was important to me.”

Dr. Gil Fishoff, director of Nir Katz center, said: “There is a dramatic increase from last year, and we continue to see an alarming picture of the increasing severity of LGBTphobia.” According to him, “it’s impossible to point one specific problem because the LGBTphobia encompasses all the life cycles of the community.”

Dr. Fishoff added that despite the distress of the community, he is not convinced that the state knows how to read “the alarming signal that our report is flooding”.

According to a geographical breakdown, most of the events take place in the Tel Aviv and Gush Dan (central Israel) regions; About 20% of the incidents took place on the social networks and about 12% of the reported incidents occurred in Jerusalem.

Chen Arieli, chair of the Aguda said after the report was published, that “many of the reports are just the tip of the iceberg, because behind them hide more cases that are not reported at all – be it from fear, shame or loss of trust in law enforcement.”

Arieli emphasized “the unbearable ease with which LGBTphobia is translated into threats and violence, along with concrete discrimination, which requires all legal authorities to mobilize and fight with all their might. LGBTphobia is growing on a fertile ground of serious statements made by public figures, rabbis and MKs – and there’s no one to condemn or censure their words.”