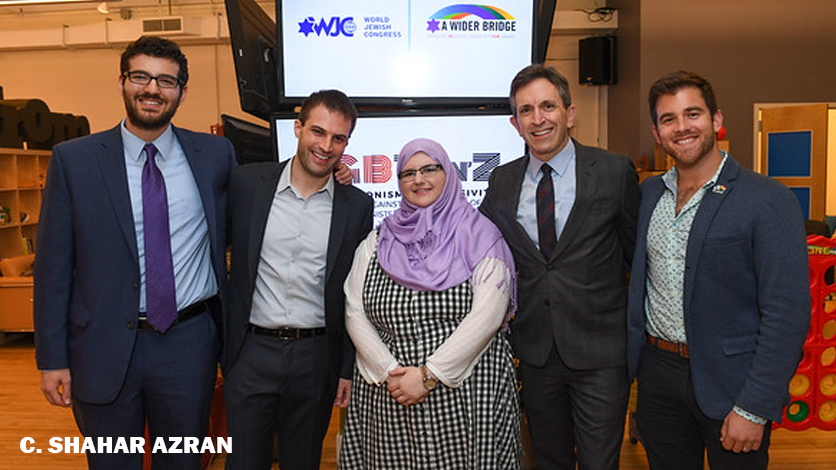 The World Jewish Congress teamed up with A Wider Bridge for a special discussion on the experiences of pro-Israel LGBT activists and tools for bringing Zionism back into the LGBT discourse. Read the WJC’s recap of this important event below. 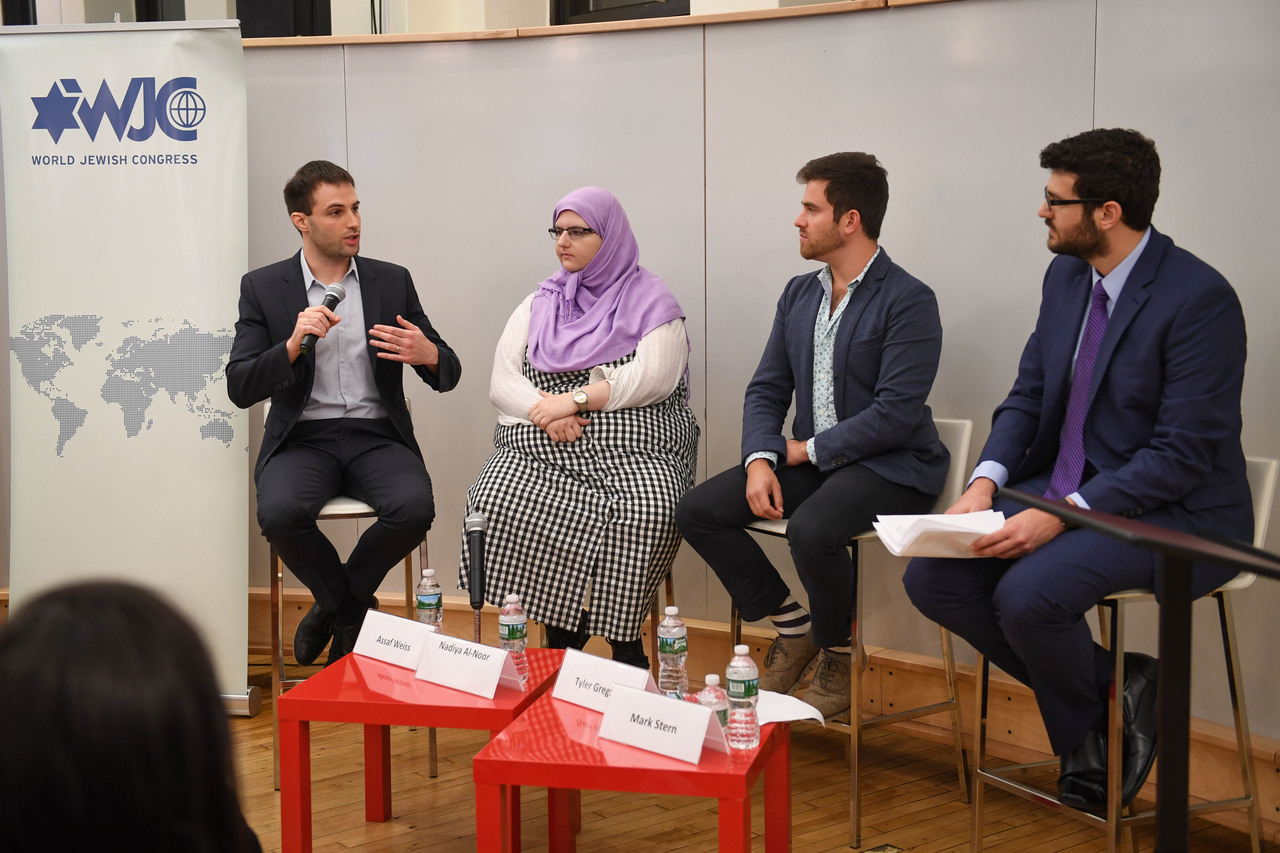 The Boycott, Divestment and Sanctions Movement has in recent years infiltrated the LGBTQ community in the United States to promote its anti-Israel agenda, leading to an atmosphere of exclusion, ostracizing, and censure for pro-Israel members of the community, including expulsion from pride events and discourse. After years of seeking a safe space that encompasses both of their identities, the pro-Israel LGBTQ community has found that it has an ally in the Jewish world.

The unprecedented LGBTQ n’ Z: A Conversation About Pride, Zionism, and Inclusivity, was conceived of following a contentious summer of Pride events across the United States, where marchers from A Wider Bridge, carrying rainbow flags emblazoned with the Star of David, were shunned, physically and verbally accosted, and excluded.

Matt Nosanchuk, Former Associate Director of Public Engagement and the White House’s liaison to the American Jewish community, opened the event as keynote speaker, led the discussion with a keynote address, in which he described his overlapping identity as a Jew, Zionist, and member of the LGBTQ community adding that it was in great part his experience and familiarity with these worlds that led to his appointment in the White House.

Regarding the phenomenon over the summer in Chicago, Nosanchuck said: “It has become completely about identity in some notorious cases…. Just because someone is Jewish or is Israeli, we are told we don’t have a place among our brothers and sisters in the LGBTQ community…. We can’t use the ‘Z’ word. We have to renounce support for our connection to Israel. And we have to swear allegiance to the Palestinian cause. The message is that we can’t be both. To the extent we identity with the Jewish community or Israel, we are unwelcome in the LGBTQ community.”

During the panel, Weiss said: “The LGBTQ community isn’t anti-Israel or anti-Semitic. That’s exactly what BDS wants us to think. We are Zionists and Jews, and we are just as much a part of the LGBTQ community.” Weiss added that he had attended a BDS event presented as supporting LGBTQ Palestinians, and that the organizers there refused to condemn Hamas’ execution of a gay Palestinian man, turning the blame for all suffering on Israel. “When a person’s hatred of Israel is so blinding that they can’t even condemn the execution of a person just because he is gay, it is a clear exploitation of legitimate LGBTQ Palestinian’s suffering for the promotion of an anti-Israel and anti-Semitic agenda,” he said, “this something that all of us within the LGBTQ community must object to.”

Al-Noor said: “Pro-Israel members of the LGBT movement at my university had to choose between being Jewish and being queer. They came to this school because they knew they had a queer community there, and the decision was heart-breaking for them. They chose being Jewish. This is a rampant disease on many campuses.”