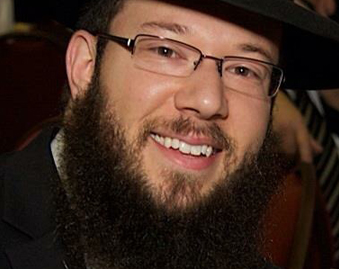 Rabbi Mike Moskowitz spoke out about trans acceptance at the Old Broadway Synagogue last week, a rare public event within the confines of ultra-Orthodox Judaism.

Referencing a text message he got from a transgender Columbia University student, the ultra-Orthodox rabbi gave a speech at his Harlem shul encouraging his congregation to practice acceptance. Moskowitz, who is a religious life adviser at Columbia, preached acceptance not just of transgender people, but of all of God’s children.

Moskowitz has background and experience that give his words more weight than those of most rabbis: he has a master’s in Talmudic law, an advanced degree in Talmud, is working on his doctorate in Hebrew literature, and has received several rabbinical ordinations. But he also has a trans family member, and his Orthodox congregation includes members of the LGBT community, a rare if not unheard of intersection between the LGBT community and Orthodox Judaism.

“There is so much healing that needs to happen from the trauma of religion, from people feeling excluded for all sorts of reasons,” Moskowitz told A Plus. “From a religious perspective, we value human life even if we don’t agree with people… that can’t ever overpower our love for the person.”

Continue reading on A Plus