Ahead of Thursday’s Jerusalem Pride parade, Americans warned that ‘large crowds can be a target for criminals, terrorists.’ 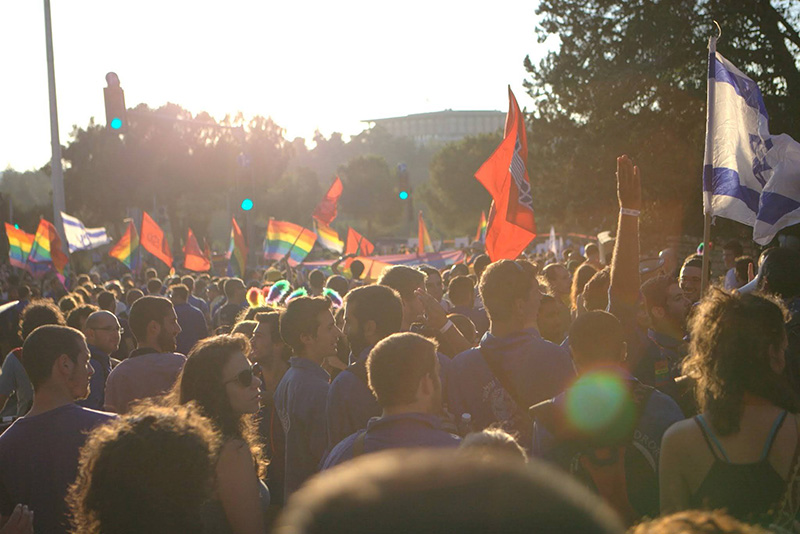 The U.S. Consulate in Jerusalem issued a warning Tuesday to American citizens to “exercise caution” at the city’s gay pride parade.

The statement two days before the Jerusalem Pride Parade comes as the city and police announced increased security measures for the march.

“The Consulate advises U.S. citizens participating in the march to exercise caution and to be aware that gatherings of large crowds can be a target for criminals, terrorists, and individuals motivated by nationalistic and political beliefs,” the statement read.

The statement did not mention a specific threat, but the 15th annual march has been the target of vehement opprobrium from some rabbis and right-wing activists.

At last year’s march, an ultra-Orthodox man carried out a stabbing attack, killing 16-year-old Shira Banki and injuring five others. Thursday’s march is being held in Banki’s honor and her parents and others have urged people to join the parade.

The march, scheduled for Thursday at 5 p.m., will run through central Jerusalem, from Liberty Bell Park to Independence Park downtown. It is produced by the Jerusalem Open House for Pride and Tolerance, a non-profit organization for the LGBT community in Jerusalem and surrounding areas.

Read the full story in The Times of Israel