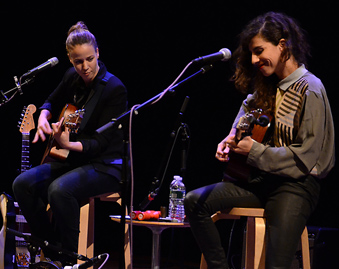 Israeli newspaper Yedioth America has published an amazing review on Rona Kenan and Tamar Eisenman’s New York concert, that was sponsored by A Wider Bridge. “Definitely recommended,” the review says. The next shows are in Boston and Palo Alto.

JCC Manhattan and  A Wider Bridge, which aims to bring the LGBTQ communities in Israel and North America close together, hosted an intimate performance yesterday of Tamar Eisenman and Rona Kenan in a joint concert.

At the concert, Kenan and Eisenman combined songs from both of their repertoires, in Hebrew and English, and also sang two cover versions (‘Johnny Guitar’ and ‘Tainted Love’). The combination between the two is extremely interesting. Each one and her unique style has complemented the other, and the two didn’t hold back on compliments to one another, especially when they performed Kenan’s ‘Black Tiger’ and an instrumental track that “still doesn’t have a name”, written by Eisenman.

They sat on high bar chairs, surrounded by four guitars and percussion instruments, in a modest performance, no set decoration or any kind of pyrotechnics, just the two of them, the guitars, and the voices. Both of them have  incredible musical qualities: Rona with her precise and clear voice, and Tamar, with virtuosity on the guitar, sang and played in  perfect harmony as they went between Rock, Blues and Funk. The songs were presented by the two in English, even those songs which were originally sung in Hebrew, and though JCC presented the evening as a “75-minute passport to Israel”, it didn’t feel like a show in a club in Tel Aviv, but it sure was an intimate show of incredible music and two talented musicians.

The coming shows will be in Boston and San Francisco. And they’re surely recommended. 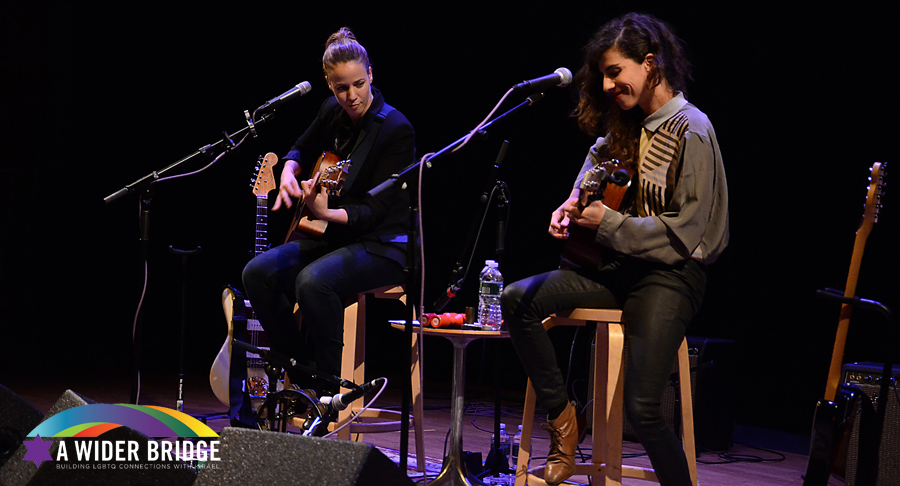 Tamar Eisenman & Rona Kenan at A Wider Bridge and The JCC in Manhattan 8.1.13 – photos by Andrew Werner