The long romance with Israel of gay fashion designers Dean and Dan Caten receives additional reinforcement this week when they announce their arrival in the Holy Land. 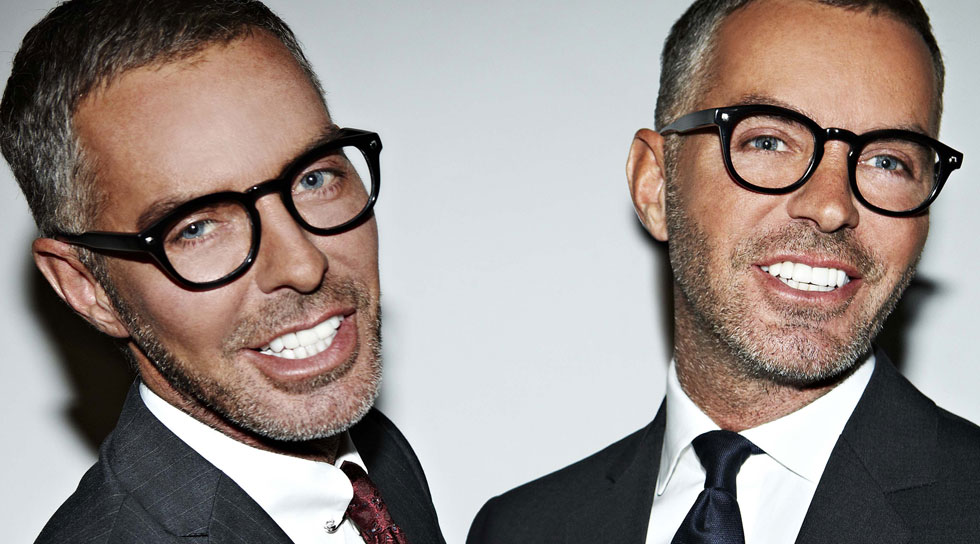 The identical twins from Canada and the owners of the Dsquared2 brand will arrive for three days in Israel as guests of Factory 54, the boutique chain that represents them in the country. They will tour Jerusalem, visit the Dead Sea, meet with students from Shenkar College of Fashion Design, and attend a fancy cocktail to take place at the Factory 54 store in Ramat Aviv Mall on November 5.

This is not the first visit of the designers in Israel, but it’s the first time they go there on an official and professional visit. Last time they visited Israel was in 2010, as guests of their close friend, actress and singer Sharai Givati. “We met Sarai in Los Angeles through friends and became very close. She’s an amazing girl,” one of the twins said back then.

“They are truly charming and generous people, always coming from a good place,” Sarai said about them.

The relationship between the designers and Israel is not only personal. Over the years, the two made sure to include Israeli models in their fashion shows, including model Roni Kangon and young model Barak Shamir, who walked the catwalk on the Catens’ 2017 spring-summer show in Milan.

The Catens were born in 1965 in the Willowdale neighborhood of Toronto, Canada, the youngest sons of a family of nine. In 1983 they went to fashion school at the Parsons High School in New York, but dropped out after one semester and returned to their hometown. In 1991 they moved to Italy, where they began designing T-shirts that were soon to become top favorite among fashion lovers, and from there the road to the fashion week in Milan was short. In 1994, they launched the Dsquared2 brand with a carefully tailored men’s line, and nine years later broke out with a line for women that won acclaim mainly among a young clientele, club enthusiasts and wealthy women, including celebrities such as Beyoncé, Madonna, Cara Delevingne and others.

Over the years, the two were known for a hedonistic lifestyle, consisting of socializing with celebrities, wild parties, and a glittering circle of friends, including Brazilian supermodel Gisele, Alessandra Ambrosio and Izabel Goulart. Every August they throw a party in Mykonos, Greece, attended by many gay men from the fashion world.