Architect Alexander Pollock designed a transit shelter combined from the male and female symbols before the word ‘transgender’ was even in the dictionary. The sculpture, which was placed at Detroit Medical Center back in the 1970s now seeks new home. 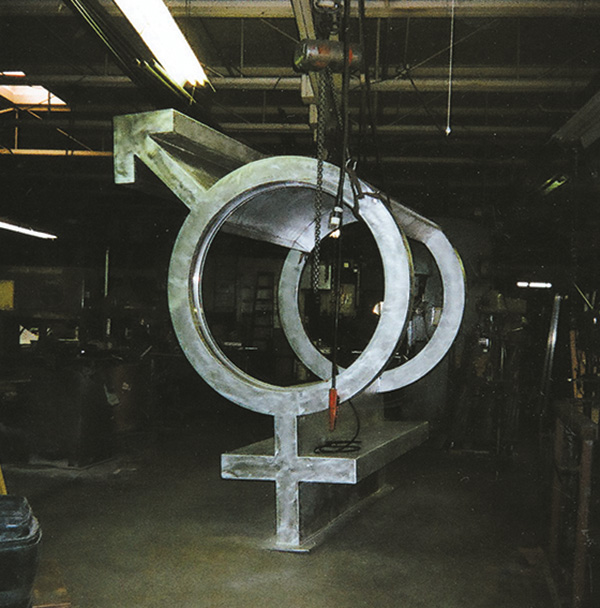 “Transgendered” was the last thing on Alexander Pollock’s mind when he designed a bus shelter more than three decades ago. In fact, he didn’t even know what the word meant — and when he looked it up in the dictionary, it wasn’t there.

This was back in the 1970s, when the federal government offered to fund new transit shelters throughout Detroit. Pollock loved the idea of creating whimsical structures that related to a building’s function — an accordion for Orchestra Hall, can-can dancers for the Fox Theatre, a bookworm for the public library, and the male and female symbols for the Detroit Medical Center.

“Then someone told me it was the transgender symbol,” said Pollock, who lives in Chelsea. Though he couldn’t find it in the dictionary then, “now, it’s a hot topic.”

To reach Pollock about the sculpture, email Keri Guten Cohen at kcohen@renmedia.us. Put ”sculpture“ in the subject line.