On Channel 10, acclaimed TV journalist Yael Dan aired a story about transgender parents, including the personal story of Nina Halevy, who changed her sex and maintained her relationship and her family. Unfortunately, unlike Nina, many transgender parents pay a heavy price including losing contact with their children, because of their gender identity. 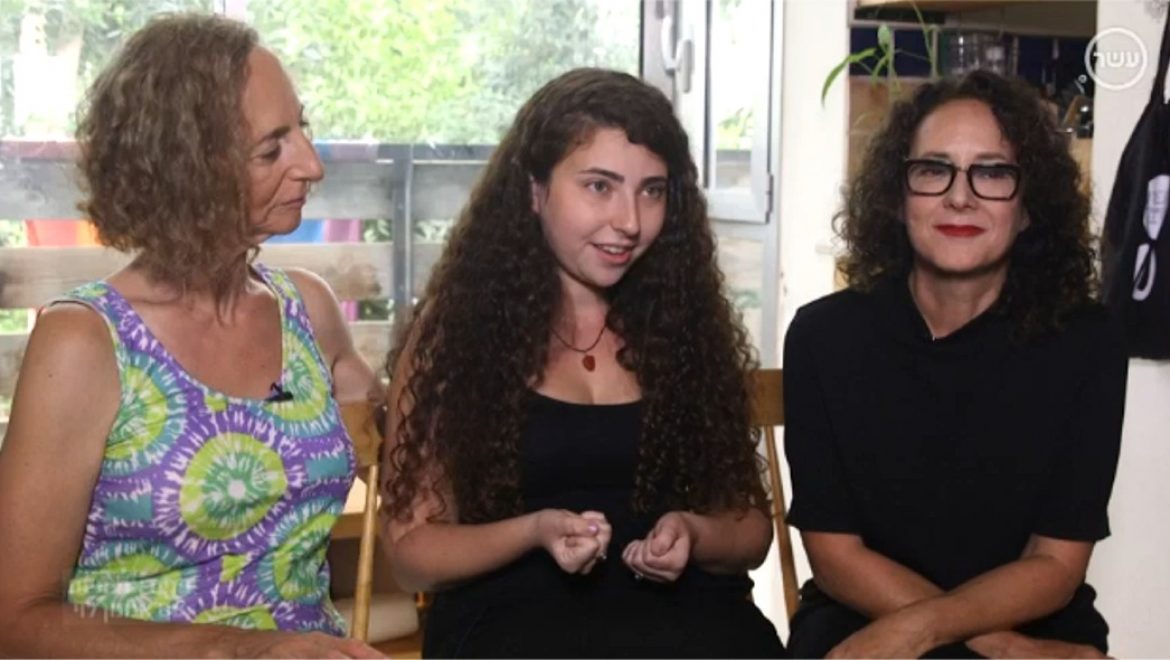 Nina Halevy, who came out as transgender 14 years ago, and continued to have a relationship with her wife Dganit even after the change, and to raise her daughter Mor, was interviewed and told her story.

The first part of the TV segment focused on Nina and discussed her journey, how she told Dganit and how the two chose to tell their daughter Mor. It also follows Mor’s relationship to the two mothers, both original and new, and presents her fears as a child of society’s reactions, which have been proven wrong as time passed.

“From the moment of discovery, a great peace came into the family,” Mor says in the segment. “Everything became open, everything became known. There’s no longer an attempt to understand or decipher what is bothering people. There’s only the truth.”

The second part of the segment dealt with the less optimistic cases of parents who come out of the closet as trans, and the reactions of representatives of the welfare authorities, who often choose to blame the parents and even to prevent them from seeing their children again.

The article revealed the story of Ronen, whose son was forcibly taken away from him after the welfare services learned that he was undergoing the process of change, and the story of Sarah, who was forced to give up her children as a result of the gender change.

“What is more difficult than the social response is the response of the welfare authorities,” says Elisha Alexander, director of the organization Maavarim. “I heard about a welfare worker who called a transwoman mom a monster.”

“The Welfare representative told me that the fact that I did not deny that I was part of the LGBT community harms my children,” adds Sara, whose children were taken from her.

Response of the Ministry of Social Affairs:

“We unequivocally condemn any discriminatory and abusive conduct against any person or group on the basis of race, religion, nationality or sexual preference, and categorically reject any statements attributed to social workers in the aid unit. Transgender identity and sex change process do not harm and must not prevent a parent from parenting rights, and do not affect parenting capabilities. We call on every transgender parent who feels that he or she has been harmed by discrimination to contact us immediately.”