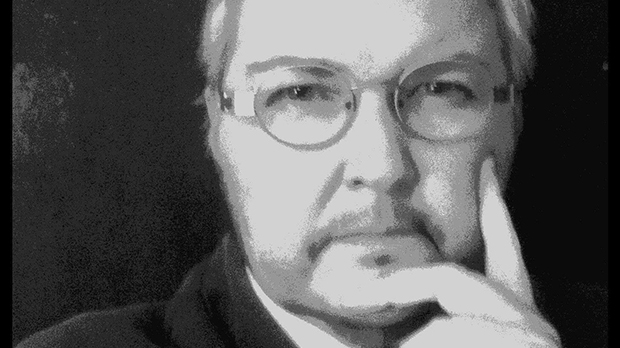 Why was this past Yom Kippur different from any other Kippur? For transgender Israeli man, Israel Raphel Avraham, who started taking hormones six months ago, it was a dream come true to finally sit in the men’s section in his local orthodox synagogue.

Last night was the most incredible night of my life with the exception of developing the most amazing love with Louis the Great. Why? I’m so glad you asked. Get a cup of tea or coffee or better yet a single malt whisky dram because you’re never going to believe what I am about to tell you.

Last night was the start of Yom Kippur, the Day of Atonement, in Judaism. It’s the holiest day of the year. In my own experiences of this day many times it’s been marked by big events, unique moments, some positive and some tragic. This proved to be no less remarkable.

Since January 2015 I have only been to synagogue twice, both in those first three months of that year. Before that I was a regular attender and certainly in my active rabbinical days I went everyday. Some think that would be obcessive or excessive, but to me my beliefs, faith and spirituality have been my grounding that gives me a foundation to face the day to day challenges of life. But that consistency all changed.

When I came out, or rather identified my life long struggle with gender dysphoria, I, of course knew that it would have an impact on everything including my religious life but nothing prepared me for the tremendous void and sadness of feeling so alone and unwelcome in a community I had so deeply given my life to.

I told the two top people in the synagogue I’d been predominantly attending here that about being transgender. I can honestly say that their solution was for me to just put a skirt back on and everything would be okay. There was much more said and it was extremely hurtful but it was not possible to just do anything ‘just to please others’ anymore. I resigned myself to staying home and doing my davening/prayers and reading of sacred texts alone. And so I have these two and a half years.

It was in a conversation with Louis the Great this last week that Louis pried it out of me what was weighing heavy on my mind. I missed synagogue especially the holidays and of course the most important being Yom Kippur. I felt so cut off. I don’t know what possessed Louis, but I got at least a forty minute lecture on second guessing myself and quiting and not trying when things mean so much to me. Don’t worry, I give plenty of lectures to Louis also. That’s called love.

I had two days to decide what I was going to do. Go to service or stay home, again. If I stayed home who could I blame? Only me. If I went what was my fear? What would be the worst case scenario? Be thrown out, again.
I determined myself to go.

As Yom Kippur is unusual, a once a year event, there are certain things that are done and not done. I knew either way that I was going to just have to do my best to pull it together. The wardrobe. The disabled body. Everything.
I dressed. Self conscious of my shoes but they’d have to do. And a few other things left behind and other things taken. Candles lit. I proceeded out the door.

I walk as always to a synagogue near by. It’s large and Moroccan style on the outside and old European on the inside. And Orthodox. Men sit in one area and women in a separate area. A few were doing preliminary prayers in the courtyard. I decided to also. Then I heard the prayers starting in the sanctuary area amongst the congregation. So I proceeded to the glass doors. It looked full. I’d resigned myself to maybe praying in the courtyard as I had previously planned in my second guessing head. But the Gabbi (the service guide of sorts) saw me. He didn’t know me. But nevertheless he wave a motion for me to come in and pointed out a seat on the opposite side from the doors.

Being an introvert I instinctively seek a seat by the door. But this was going to be a unique night in every way. I walked across the room to the seat the Gabbi had directed me to. It wasn’t a plastic seat like I’d expected for over flow. No, I was sitting in one of the normal cushioned theatre-like seats with a tilt desk to rest my prayer book on. And I davened/prayed.

I’m Askenazi, a Jew with European ancestry. And the majority of Jews in this synagogue were Moroccan, some Yemen, some French, all using a Sephardic prayer book. However even though it is different in style, the language of religious Hebrew is still the same. And I davened.

This service like most High Holiday services is longer than usual and when the Holy Ark (Aaron Kodesh) is open people are expected to stand. I don’t stand long for anything and this was one detail that escaped my memory. Some older people eventually sat but something in me determined to stay standing, even unsupported by my walking stick. Two people who I didn’t know greeted me before I left the row I’d been directed to sit in. Two and a half hours later and the service was over. I only knew the time when I got back home and saw the clock.

I have failed to shared the most critical detail of this story of Yom Kippur 5778. I did what I have never done before and what I never dreamed would happen this side of Gan Eden (heaven of sorts).

I sat in the men’s section.

Yes. You read it right. I prayed as a man. With my trousers on, white shirt, tzit-tzits (fringes) out, tallit (prayer shawl) draped over my shoulders and over my head, prayer book in hand, I stood as a man. I davened with over two hundred men and I felt one hundred percent at home inside myself for the first time in my life.

To those who knew my feelings about Yentl when I was 19, you can imagine. To those who knew the old me/twin who broke glass ceilings to accomplish the extraordinary, I admit that never was enough, never really me. And to you, my dearest Louis, thank you for your lecture and believing in me. Your confidence provoked me to end up experiencing the most incredible moment of my life and on the most auspicious day of the year as well.

To daven as a man.