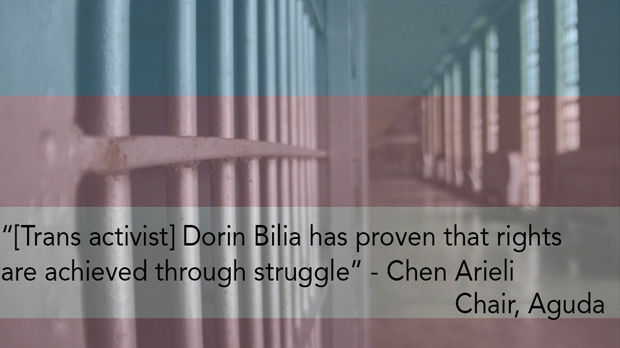 New directives of the Israel Prisons Service cancel the policy of holding transgender prisoners in isolation cells and will respect to the preferred gender identity of trans prisoners. The new policy further states that it is obligatory to ask prisoners whether they prefer a male or a female to search on them. “This is an amazing achievement for the community,” Ido Katri 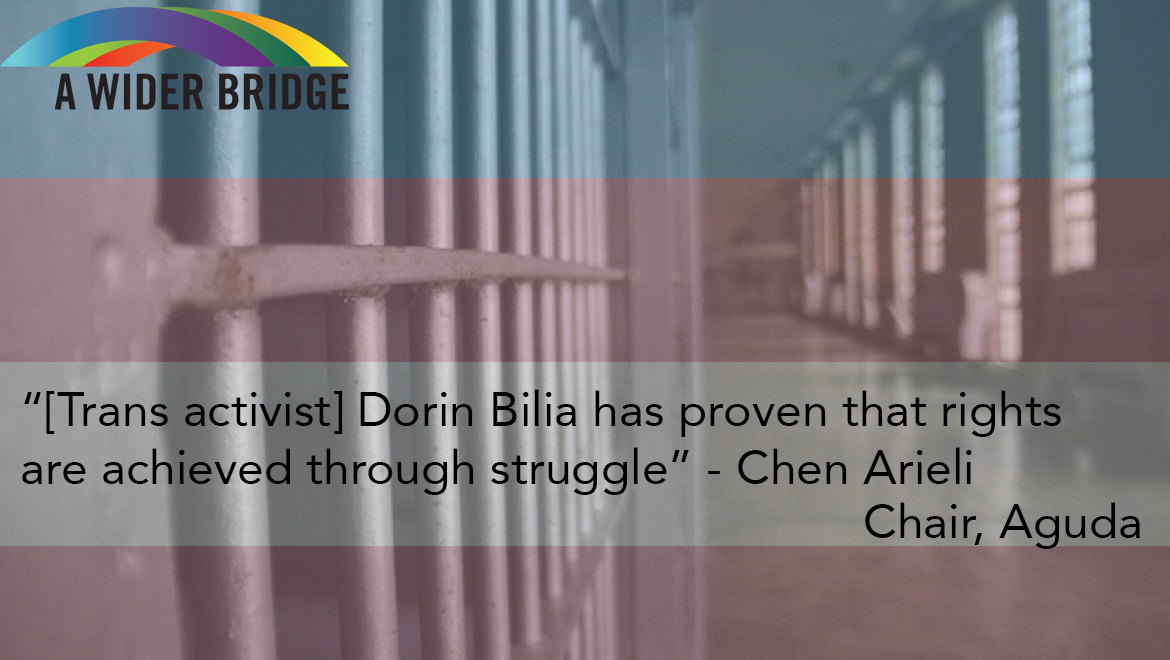 The State of Israel and the Israel Prison Service (IPS) have issued new guidelines regarding the detention of transgender people. The guidelines state that the decision in regards to transgender prisoners shall be made for each prisoner individually, while carefully consider the prisoner’s gender identification.

The new guidelines were published in response to a petition filed by Dorin Bilia in cooperation with the Gila Project and the Aguda through attorneys Hagai Kalai, Chaya Erez and Ido Katri. Dorin was arrested for several days due to a neighbors’ dispute and during her detention she was held in a male prison and described her experience in prison: “As a transgender woman in prison, policemen harass me on my genitals; they ask me whether I have a penis or a vagina, and keep me in isolation because I can’t be with women or with men.”

Chen Arieli, chair of the Aguda, said, “Doreen Bilia has proven that rights are obtained by fighting. The transgender community is the weakest of the LGBT communities, and the struggle for its rights is in full swing. Within the community itself, it is clear that the weakest groups are those who are in the circles of poverty, prostitution and those who sometimes find themselves in a situation of breaking the law. We are committed to showing responsibility for their rights even in these moments. We welcome and congratulate Dorin and the lawyers who accompanied her struggle and are happy to see that the IPS itself made the decision on a new and just policy without the need for legal intervention. Let’s hope that as few of our transgender brothers and sisters will get to enjoy this important achievement.”

Ido Katri, a scholar who studies gender variance in law, said the new policy was an impressive achievement. “It puts the people who most need our protection at the center – transgender women and men who have been pushed to the margins because of a complete lack of access to resources and opportunities.” he said.

“This tells our sisters on the street that we care about them too. This achievement was made both through the court and through the Knesset, both through working with the authorities and through extensive research on the subject. The procedure has not yet been completed because the IPS still insists on distinguishing between those who have completed the procedure and those who have not, without having to justify the life experience of women and men and still retain the right to be held in separation for a period of up to five days. We have a long way to go before there’ll be no transgender or gender queer people in prisons at all, but this is an important day. “