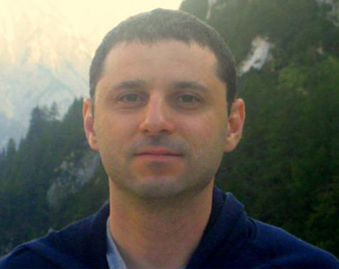 Saturday, 6PM, in front of the police station on Dizengoff St, Tel Aviv: People are gathering here in order to honor Transgender Day of Remembrance, and then to have a torch walk from there to the LGBT center, were the ceremony itself will be held.

I’m not the only cisgender, but anyway, there aren’t enough of us here. It’s 2012 and the transgender community still remains lonely in their fight, without the support of the other letters in the LGBTQ.

People are being approached to hold signs and for some reason they skip out on me, so I request one. I take a sign that says ‘Smash the cis-tem.’ After a while, a cisgender activist comes to me and tells me that this is a very violent message, because it’s as if I’m saying that all of the cisgenders should be smashed. I disagree. It may be aggressive, but it refers to the establishment that stubbornly ignores the transgender identity. A service-taxi stops near us and tries to read my sign, so I raise it higher so he can see. I see him strain his eyes. There’s not a chance he understands.

The protest in front of the police station is not a coincidence. Lilach Ben David, the leader of the rally, reads the tough testimonial of a transgender woman who works as a prostitute. She says the policeman who arrested her tells her he’ll release her if she has sex with him. Another woman tells how she was arrested and brutally humiliated in a police station after she pushed away a man who attacked her in her apartment. She was prevented from getting  medical help, and even from cleaning her blood, until she was released to home arrest.

We all need the police to protect us, but for a transgender, even going to complain at the police station can end in a humiliating experience, and sometimes even in sexual harassment. The ignorant policemen see them as an entertaining attraction and worthwhile only for trampling their souls.

After that someone turns to talk to me while referring to me as male. I feel like correcting him. Today I’m a transgender- not as an identity, but from empathy.