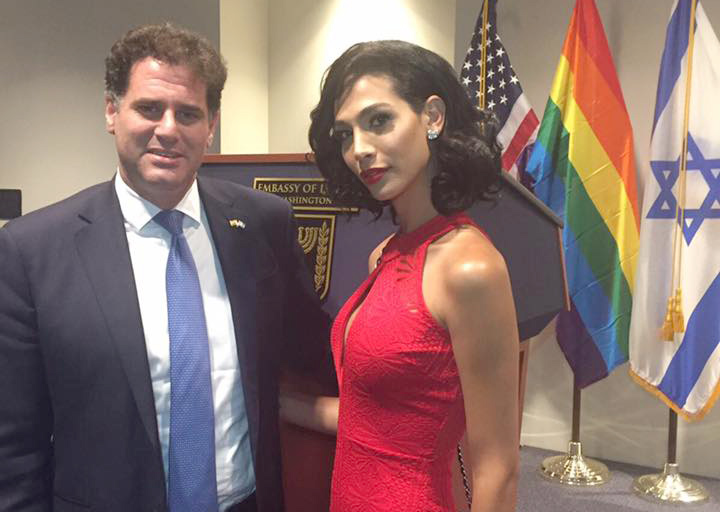 Thank you. I’m truly excited and honored to be here.

First I would like to thank Ambassador Dermer for hosting this event and inviting me to speak, but mostly for his support for the LGBTQ community.

I came here to share my story and the journey I have taken from being a small Arab boy, to becoming a woman representing Israel in the world. It wasn’t an easy path, but I would not want to take any other.

I was born in Nazareth. To me, my parents had a baby girl, but to everybody else I was a boy. I was simply born in the wrong body, and as a baby it was something everyone adored about me. I was loved. I used to wear my sister’s dresses and everyone would laugh and take my picture. It was cute and funny, that I was this feminine little boy. Until I hit 14.

Overnight, everyone demanded different things of me. I was the same little girl but suddenly it was a bad thing. My father started to get angry at me, yelling at me to act like a man.

Transforming from being the most loved child, to the one everyone hated and bullied was extremely hard. The kids in school picked on me, people would yell hateful things at me in the street, my parents were disappointed. I was lost and started thinking about killing myself.

I kept hearing about the big city of Tel Aviv. I heard it was a very open city, where everyone can wear whatever they want, be who they are. I wanted so badly to go there, just to see.

I told him he doesn’t know what he’s talking about. He laughed, held my face with his hands and said: “you are going to be a woman. And a beautiful one.”

He gave me a wig and a dress, did my make-up and we went out to Rothschild street, the center of Tel Aviv, where everything happens.

Suddenly, for the first time in a very long time, people saw me for who I am. People were yelling at me again from across the street, but this time they were not cursing me, they were telling me I’m beautiful. It was like I was that little girl again, loved by everyone.

I came home and told my mom “I’m breathing again.”

In Nazareth I gave up without ever trying. In Tel Aviv I learned that freedom is possible for me, and I wasn’t going to give up ever again. I want to live. God wanted me to be here, and I will be happy and free.

The transition is a long process, it doesn’t happen at once. At first I was a woman in a man’s body, then I was a woman putting on a man’s costume every time I went to Nazareth, until I said no more. I’m a woman.

This process hasn’t been easy on my father. In the beginning he would not even hear my name, now it’s a bit better. It will take him time, but he will get there. I waited this long, I can wait a bit longer. I know I am everything he wanted me to be, just as a woman and not a man. He wanted a happy boy, he got a happy girl instead.

I was excited to hear about the international transgender beauty queen competition because I saw it as a way for our community to move into the spotlight, to stop hiding and start shining. It’s a platform for people not only to see us, but to also get to know us as people.

And although I came in second in the Miss Trans Star International 2016, to me it was a victory. A victory in the war between my body and soul, a victory for my community, and a win in the war against transphobia.

I was honored by the opportunity to represent my country, the State of Israel. I’m lucky to be an Israeli, because being an Israeli means being truly free. Our country allowed me, a Christian Arab from Nazareth, to find peace within myself. I can only hope my story will inspire others to take their own journey towards self-acceptance and love.

Thank you so much for having me here tonight! 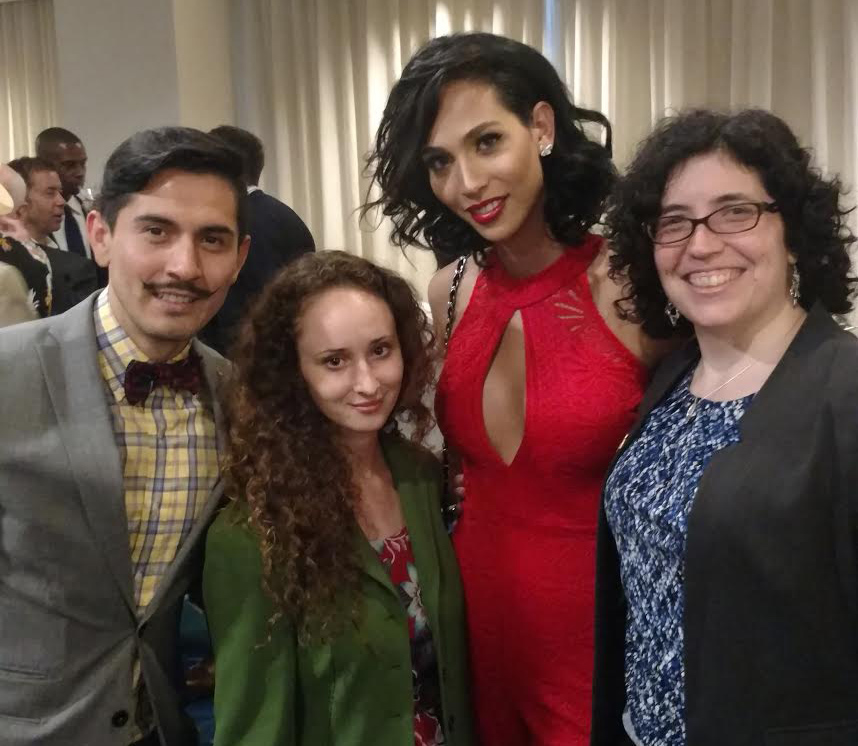 Related: About 100 people attended the event, which featured an address by Talleen Abu Hana, an Arab Christian from Nazareth who won the first Miss Trans Israel beauty pageant in 2016. JTA