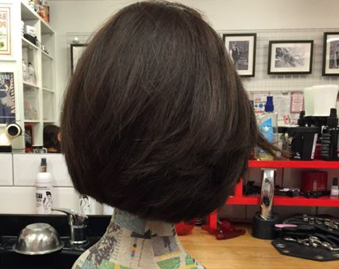 A British court has ruled that the children of a Jewish transgender woman may not see their parent due to the likelihood that they will be “marginalised or excluded by the ultra-Orthodox community”.

A transgender woman has been blocked from seeing her five children after a family court ruled it was not compatible with her ex-wife’s ultra-orthodox Jewish background.

The landmark ruling, seen by The Independent, was issued by Justice Peter Jackson at the family court in Manchester. It has been handed down after 12 months of the transgender woman asking for access to her five children.

At the centre of the fight between two parents were claims that the transgender parent, who is living as a woman, should not be allowed direct access to her children after leaving the ultra-orthodox Jewish community.

This is because, barristers acting for the mother argued, it would lead to her children being ostracised by their ultra-orthodox community and unable to live normal lives due to their association with a transgender parent. However, Orthodox Jewish rabbis acting for the parent argued that Judaism did not believe transgender individuals should be punished in this way.

Despite that, Justice Jackson concluded that the “risk” that “these children and their mother would be rejected by their community if the children were to have face-to-face contact with their father” was too great to allow direct contact.

Continue reading in The Independednt