Community member and one of the founders of the local LGBT Center, Pride Home in Be’er Sheva, was killed in a car crash several hours after participating in the grand opening event of the Pride Home. 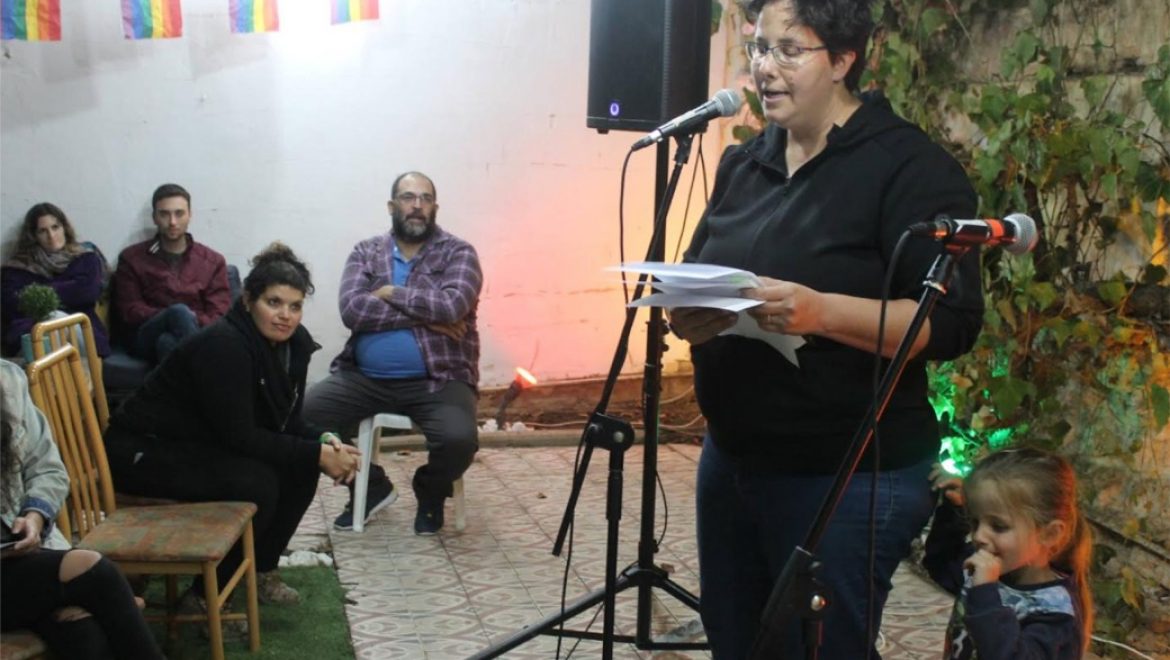 On Thursday (November 30), the LGBT community of Be’er Sheva, the biggest city in the South of Israel, celebrated the official launch of the new community building that was granted to it by the Be’er Sheva municipality. “Pride Home inBe’er Sheva” moved from its previous address to its new home, a beautiful and well maintained building on one of the main streets of the Old City, where all of its activities take place.

“In the coming year we aspire to continue growing until we reach full equality, while strengthening and making the Pride home more efficient,” said Executive Director Miki Levy. “We hope that the education system will expand to all the schools in the southern region and that the dialogue and cooperation with the municipality will only grow stronger.”

The mayor of Be’er Sheva, Rubik Danilovitz, also spoke at the opening ceremony of the house, thanked Barak Atar – founder of the Pride Home association – for his pioneering activities, and also the gay youth organization that operates in the city. “The Be’er Sheva municipality respects and embraces the gay community,” said Danilovitz in his speech. “You are an important community in the city of Be’er Sheva. It’s important for me to say – Be’er Sheva is a city of communities. Every community has to find itself in our city while the city wants and embraces it, and certainly the LGBT community.”

“I want to hope and I do hope that we will no longer need to thank each other for working together, because it will become trivial,” added Daniblovitz. “I don’t want this to be a sensation that the mayor is attending a gay community event. It should be the most natural thing to do.”

“We expect that the activities of the Pride Home will only expand to additional dimensions,” Pride Home spokesperson, Or Erez, later told WDG, “and that we will succeed in continuing to create a better and more accepting reality for LGBTQ people in the southern region while maintaining a stubborn struggle against LGBTphobia and prejudice.”

On Friday morning (December 1), the community received the bitter news: Dr. Yael Levi Hazan, one of the founders of the Pride Home in Be’er Sheva, was killed in a car accident a few hours after the event. Levy-Hazan, who came to the event with her wife, son and daughter, took an active part in the artistic program during the opening event, when she read her translation of Andrea Gibsen’s poem Andrew, which in retrospect looked like a proud and feminist heritage.

Dr. Yael Levi Hazan was a pillar of the Be’er Sheva community, one of the founders of the Pride Home, a researcher and a gender lecturer at Ben Gurion University, a text translator, and a feminist and LGBTQ activist.

“Yael was an inspiring soul, modest, brilliant and strong, who was a rock for everyone who needed her help or wanted to know more,” the Pride Home said in a statement. “The gay community in general, and the community in Be’er Sheva and the South in particular, are hurting along with Yael’s family and her many friends, for her passing before her time. The community is working both in emotional support for Yael’s immediate environment and in commemorating her exceptional work in the field of the feminism struggle and the struggle for the rights of the LGBTQ community. In such painful moments, the community shows its strength and the deep, sensitive human connections that grow out of it.”

A Wider Bridge sends our condolences to the family and friends of Dr. Yael Levi Hazan, and to the Be’er Sheva community for this tragic loss.