Last Saturday morning, on the last day of Passover, anti-Semitic violence hit close to home when an armed, 19-year-old gunman opened fire at the Chabad Synagogue in Poway, Calif. Adding further pain to this tragedy is that fact that one of the injured, Noya Dohan, had moved with her family to San Diego from the city of Sderot in Southern Israel in search of safety. 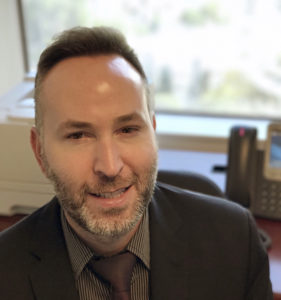 This news affected me personally, as I had just visited Southern Israel through an Israel mission hosted by A Wider Bridge, an organization that works to expand LGBTQ inclusion in Israel. Israel is a fascinating and beautiful country with so much history, but what stayed with me the most was our time spent near Sderot and the border. While there, we met with LGBTQ families, communities, and activists, many of whom live in self-sustainable communities called a kibbutz. They also unfortunately live under constant fear of rockets being fired from Gaza and landing in their yard, their school, or their home. It was startling to see so many bomb shelters every few feet.

As a gay man, my community has also been affected by violence. When the Pulse nightclub attack occurred, many of us in the LGBTQ community felt our safety, security, and humanity was stolen from us. The only places we could go to fully express who we are became places with metal detectors, armed guards, and fear. But thankfully, our country, and our diverse communities came together to make sure a tragedy like that never happens again, and so far it hasn’t. Sadly, the same unified response has not taken place in combating anti-Semitism and violent attacks on Jewish synagogues in this country. There as has been a normalization of anti-Semitic rhetoric in our national politics, and in much of the media, that seems to only be pushing our two countries and its people, the United States and Israel, further apart.

I continue to draw hope from my A Wider Bridge Israel Mission experience. My fellow travelers were North American LGBTQ leaders and influencers from diverse political, religious, and cultural perspectives. Some in fact, held fairly negative views toward Israel. And yet, by the end of that trip, after experiencing and learning what Israel is all about, after meeting with people on every side of the conflict, and hearing from LGBTQ leaders doing amazing work on the ground, we emerged with a nuanced understanding of why Israel is so important, and why the issues being debated here about peace in the Middle East are more complex than many ideologues would have you believe. Even those left questioning the policies of the Israeli government understood the differences between challenging the policies and policy makers versus playing into old anti-Semitic tropes or questioning the right to Israel’s existence.

If there could be any fitting rebuke to the rising anti-Semitism in our society, it would be that all of us in the LGBTQ community come together in solidarity as we did after the Pulse shooting within our respective spheres of influence – liberal and conservative, religious and non-religious – to address and stop acts of anti-Semitism before any more have to suffer like those at Tree of Life and Chabad.

Matthew Craffey of Los Angeles is the chair of Log Cabin Republicans of California and has a bachelor’s degree in political science from California Lutheran University.