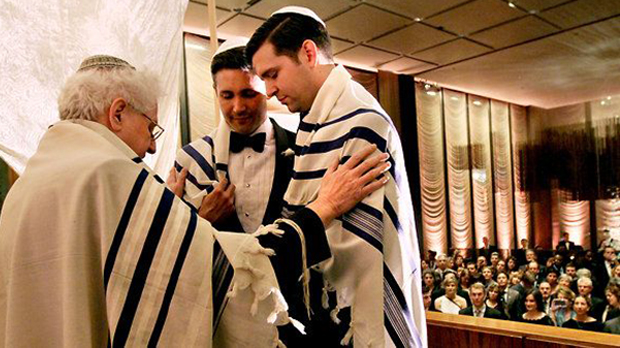 On Wednesday May 10th, 2017, the religious LGBTQ community of Israel will be hosting the 9th annual Pesach Sheni – Religious Tolerance Day event at the Shalom Hartman Institute in Jerusalem. 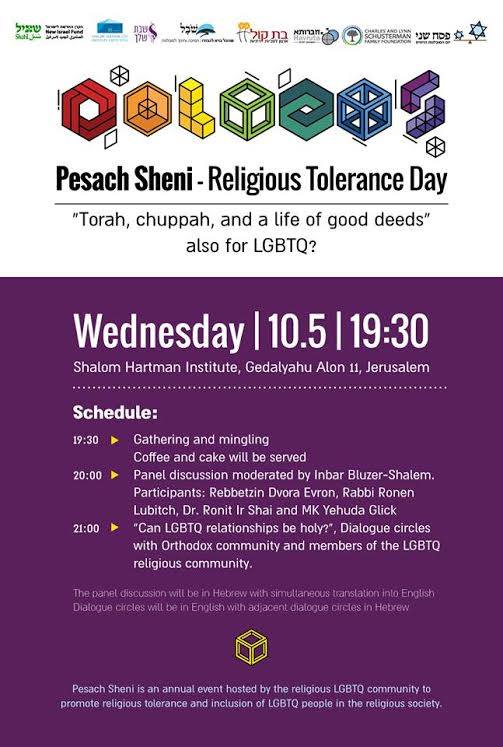 Pesach Sheni falls on the 14th of Iyar and gives a second chance to those who couldn’t sacrifice the Pesach offering on time. The holiday demonstrates the Torah’s consideration for the needs of minorities and finds solutions for those who are left outside of the general structure of Jewish communal life. It offers a model of religious leadership that is attentive to the public, and leaves room for the inclusion of those who are different.

Pesach Sheni is an annual event hosted by the religious LGBTQ community to promote religious tolerance and inclusion of LGBTQ people in religious society.

This year we will host prominent intellectuals and rabbis from the Orthodox community for a panel discussion on LGBTQ inclusion in the Orthodox world on the topic, “Torah, Chuppah, and a life of good deeds… also for LGBTQ?”. The panel will be followed by dialogue circles for all in attendance on the topic, “Can LGBTQ relationships be holy?”

The panel will be moderated by Inbar Bluzer-Shalem from the Jerusalem Forum of Jewish Renaissance Organizations  and include Rebbetzin Dvora Evron, Rabbi Ronen Lubitch, Dr. Ronit Ir Shai and MK Yehuda Glick. (The panel discussion will be in Hebrew with simultaneous translation into English followed with dialogue circles in both Hebrew and English).

The event will also include dialogue circles for all in attendance with Orthodox community and members of the LGBTQ religious community.