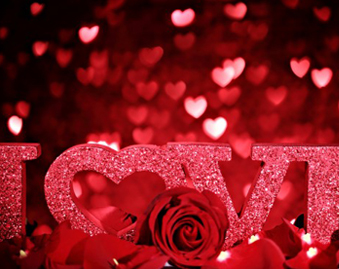 Today is Tu B’Av, the Jewish Valentine’s Day. It may be one of the lesser known holidays in the Jewish calendar, but in Israel it’s being celebrated as the main day of love, and is considered a very desirable date for Jewish weddings.

Tu B’Av is a little-known Jewish holiday, coming just six days after the mournful commemoration of tragedy during Tisha B’Av. In ancient times, Tu B’Av was a joyous matchmaking holiday for unmarried young women; in our day, it’s observed as a more general day of love. In the spirit of this holiday, we present you with snapshots of three well-known, real-life, queer and Jewish love stories. 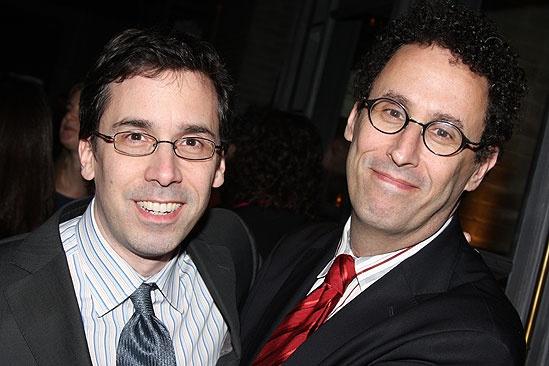 Tony Kushner is a playwright and author, best known for his epic play Angels in America, while Mark Harris is an author and editor whose focus has been Hollywood and cinema. So it is perhaps not that surprising that the two reported that their first dates, way back in the late ‘90s, took place “in theaters of bookstores.” In 2003, this couple had the distinction of being the first same-sex commitment ceremony to be featured in an extended column in the Vows section of wedding announcements of The New York Times. (The very first same-sex couple to be featured in The New York Times wedding announcements was another Jewish couple, Steven Goldstein and his partner Daniel Gross, on Sunday, September 1, 2002. Their wedding website www.Celebrating10.com is still up and features the original announcement. Thanks Steve for sending us this!)