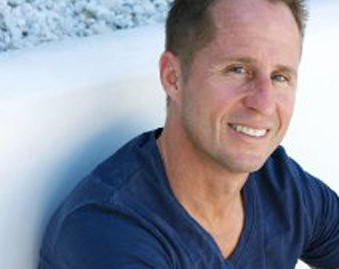 Exhibition of nude photos titled “Future Past Sadness”, which opened this weekend in Tel Aviv, explores the LGBT community in the age of monogamy and marriage equality. “Today, young gay men are like teenage girls,” says American photographer and director George Bamber, the creator of the exhibition.

“Do we aspire to get married because it has meaning, or is it a game we were taught when we were kids?,” asks George Bamber (52), the photographer behind the exhibition. Bamber is a film and television director, born in New York but residing in Los Angeles with his partner Todd, a marketing director, and their 12 year old son. He came to Israel a few months ago as an assistant director in a new TV show called “Tyrant”, and now he’s presenting his photography exhibition. It opened at the “Abrakssas” in Tel Aviv on Saturday and will show until July 20.

The subjects, some of which are exposed in the nude, are not professional actors or models – all were found by Bamber through social dating apps. “Every model went by himself to the place where he was the most comfortable ,” he says. “I never said ‘it has to be nude’, I just said,’ I’m telling a story about relationships, tell me what you feel comfortable with’, and I was always surprised that in many cases they went beyond what I asked for; there was something they wanted to express. There was one who said ‘I had a bad relationship, my boyfriend cheated on me,’ and so on – and it became a part of a picture. ”

In his fifty years Bamber moved from childhood in the full-of-forbidden-temptations New York to the permissive California of the 21st century. He and Todd have been together for 18 years. They held a symbolic ceremony 15 years ago and got legally married as soon as it became possible. This transition between the craving for the normative and acceptance and realizing the dream of what comes after “this day”, is reflected in the dark world of his photographs.

“I envision the future of young gay men in the U.S., who also have the legal right to marry – as a future that also has sadness, divorce, raising children, and problems with children, dealing with the idea of ​​monogamy, infidelity, pain. But the sadness in their future they will overcome,” he says, and explains the name he chose for the exhibition.”The second meaning is personal: when I was young, there was a lot of homophobia around me and I could not get married, and this is my future after the sadness. ”

In the months he was living in Israel, in a rented apartment in Tel Aviv’s Neve Tzedek, Bamber met and photographed Israeli men – from Tel Aviv and elsewhere. The encounter with the gay community in Israel has strengthened his views on the process in gay culture. “I met an Israeli guy who hasn’t came out to his parents, but still wants to marry a man and have children. I asked him, ‘How is this possible?’ And he said ‘You don’t tell your parents until you are in a serious relationship, and everything’s perfect. “This concept of ‘when I marry, I will become an adult’, is something that we all have. Today, young gay men are like teenage girls: we believe that everything will change when we get married – ‘I will not be sad anymore, everything will be okay, life will become whole, I will be complete’ – but this is not true. This thinking is childish, it’s a myth. ”

Do you see differences between the gay community in Israel and the American community?

“This willbe the subject of my next exhibition. I can’t wait to show it in LA. and hopefully come back and present it in Israel. The only thing I would say right now is that magical moments happen where there is a direct clash between the new and the old gay culture. It’s like someone going through a growth spurt in a very short time. ” 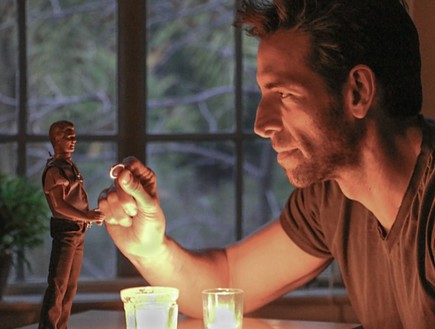 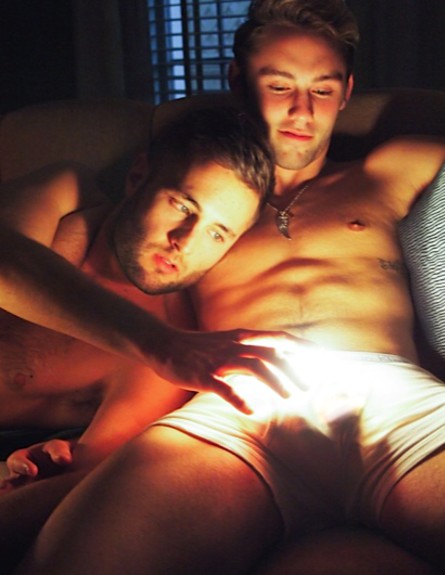