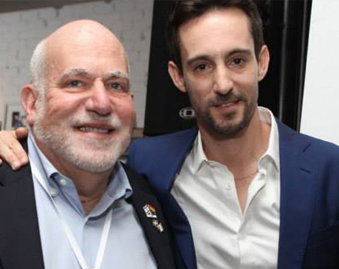 Arthur Slepian, Founder and Executive Director of A Wider Bridge, a pro-Israel organization that builds bridges between LGBTQ people in North America and Israel welcomed Kristof Joseph Steiner for a chat at Tel Aviv’s Royal Beach Hotel in honor of the first ever international LGBTQ convention in Israel: ’40 Years of Pride’ 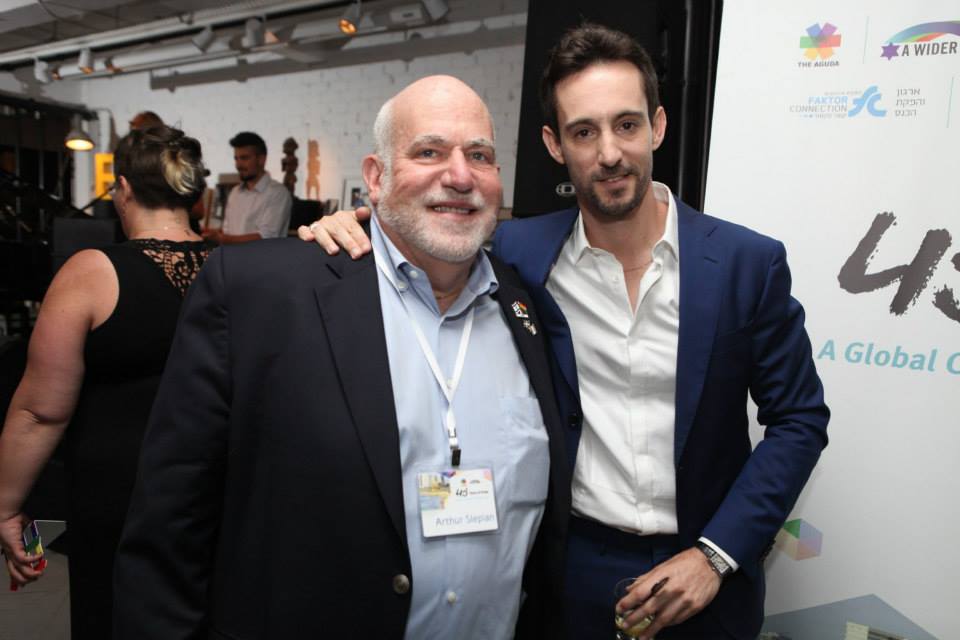 In his invitation to the conference, Arthur Slepian opened with this statement at an event welcoming prominent gay rights activists from all over the world: “I am a gay man, an American, and a Jew. I am passionate about Israel, devoted to its well-being, and I want to see a resolution to the conflict between Israelis and Palestinians that will enable both to live in peace and security.” His opening gave an opportunity for guests to get to know more about local and global issues concerning Israel, Judaism, and LGBTQ rights.

You’re basically the motor of the organization founded in San Francisco five years ago. A lot has happened since then – how did it all start, and where are you heading now?

My love for Israel and my commitment to LGBT equality led me to create, A Wider Bridge. The organization is dedicated to strengthen the bonds between the gay, lesbian, bisexual and transgender communities in Israel and America. I believe LGBT Jews have been a transformative force for good in the Jewish world. By now, A Wider Bridge has grown into a global movement of LGBTQ people and allies: Jews and non-Jews, with strong interest in and commitment to Israel and its LGBTQ community.

Tell me, how did your guests react at first as you invited them for an LGBTQ conference to Tel Aviv?

The guests themselves were excited, but many people around them were not impressed with their decision of participating. And that is exactly the reason we’re holding this conference in Israel: we believe the Israeli LGBTQ community has something important to add to the global conversation about gay rights.

It’s well known that Israel’s legal system does not support gay or even straight civil marriage, yet our Pride event is one of the greatest one’s in the world. Do you think Israel is a leader regarding gay rights or are we lagging behind?

There are so many places in the world where LGBT people face severe oppression and cannot even be open: Russia, China, most of Africa and the Middle East, among others. Israel is a society that’s open enough to have created an environment where it has been possible for an LGBTQ community to grow, develop and stand up for itself. This community deserves to be taken seriously when it comes to global conversation about LGBTQ equality.

Continue reading in Time Out Israel