Actor Elon Gold is an observant Jew who plays a gay dad in the web series “Bar Mitzvah,” and talks about his on-camera kiss with a man. 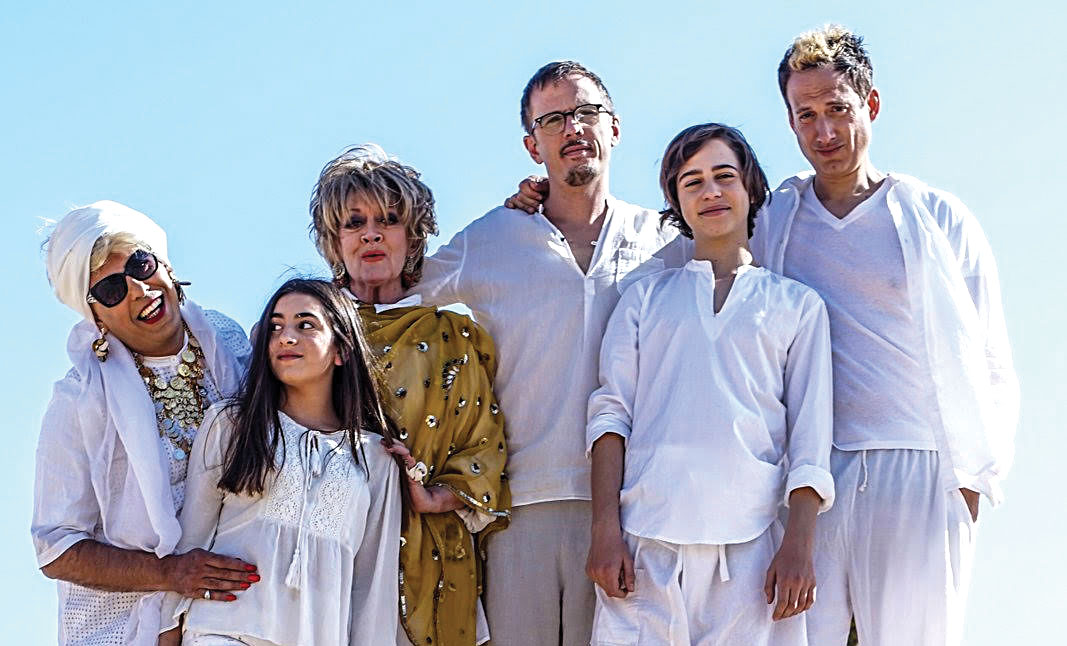 Elon Gold (right) and the cast of the web series “Bar Mitzvah.”

It was my first kiss — on camera.
I was filming a TV pilot in 1998 where I played a Jewish guy marrying a shiksa, the first of many similar roles. In the rehearsal, I cautiously leaned into actress Cynthia Geary and gently kissed her lips. The director stopped me. He pulled me aside.

“Are you gay?” he asked. He was nonjudgmental, matter of fact.

“No, why do you ask?’ I said.
“Because it looks like you have no interest in kissing that gorgeous woman,” he said.

I explained to him that I had every interest in kissing her, but this being my first TV kiss, I didn’t know how it works. With tongue? Without? Do you just go for it, or hold back and let her lead? I was losing my TV kiss virginity, and I was nervous and scared to be too aggressive and have the actress blow a rape whistle on me.

Cut to almost 20 years later. Just last week I was in Tel Aviv on a set with a full production crew, filming a web series called “Bar Mitzvah,” in which I play a gay dad who takes his son to Israel for his bar mitzvah. Only now, this was going to be my first on-screen kiss … with a man.

I was nervous — dreading not only my first man-on-man smooch, but also a repeat of my maladroit, first TV kiss. Now, my fear was the director taking me aside after I sheepishly and awkwardly lean in for a kiss and asking me, “Are you straight?” To which I would reply, “Yes! And if it looks like I have no interest in kissing this man, I don’t!”