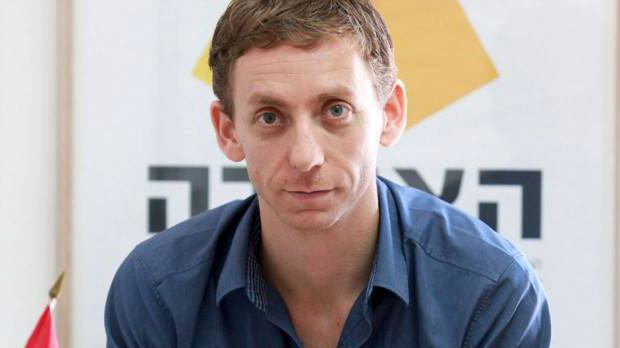 The Knesset is currently promoting the National Law, which among its various clauses is quietly concealed the Jewish Law. Needless to say, the Jewish law does not recognize same-sex couples and the individual rights of transgender or LGBTQ families. Oded Frid, the head of the public policy forum and member of the board of directors of the Aguda, writes about the real danger to the future achievements of the gay community in the courts.

When they built the Supreme Court building on the hill in Jerusalem, the “Knesset Passage” was designed – a straight path connecting the Knesset, the legislative branch, through the Rose Garden, to the Supreme Court, the judiciary. This path symbolizes the connection between these two institutions, which are really connected to each other in their daily work and which influence each other every day. After the past few months we have seen how the courts repeatedly refer us to the Knesset on central issues such as parenting, marriage and surrogacy. Now the time has come for the Knesset to try to influence what is happening in the courts.

The Knesset is currently promoting the Basic Law bill: Israel, the Jewish nation-state (National Law). In between the various clauses that arrange the national anthem, the language and the state Capital, clause number 12 lies quietly – the Jewish law. This section seeks to change the way in which judges determine legal precedents and determine that in the absence of a law, a ruling or an analogy, judges will refer to the principles of Jewish law. Needless to say, the Jewish law does not recognize same-sex couples, the individual rights of transgender people or LGBTQ families.

Although there’s no danger that tomorrow morning LGBT people will be stoned on the streets here, there is certainly a danger to the future achievements of the community in the courts. Adoption among same-sex couples, recognition of same-sex IDF widows, social benefits for same-sex couples in the workplace – these rights are just a few of the many equal rights given to us in the courts. What would be the point of appealing to the courts in an attempt to reach precedent-setting rulings if the judges are obligated to act according to Jewish law?

National law is an important law for the Likud, and the prime minister himself has announced several times that the law will be promoted in the current Knesset session. But this week coalition chairman MK David Bitan (Likud) announced that he was postponing the vote because of disagreements in the coalition. The initiator of the original law, MK Avi Dichter (Likud), did not like hearing in the media that someone else had dropped the anchor and fired his flagship, so he launched a media offensive backed by MK Amir Ohana (Likud), chairman of the special committee on the National Law. The discussions continue even without voting on the horizon, and in the coming weeks, clause number 12 will also be discussed by the committee.

In the event that clause 12 of the National Law does not pass, MK Nissan Slominsky (the Jewish Home party) is promoting another bill, identical to the amendment to the Foundations of Law. The same idea, only a different law, with only one important difference- a credit to Slominsky and his party. Slominsky ignores the proposals of the attorney general and on Tuesday he already held a discussion of his law in the committee that he heads himself.

Sound familiar? The same is happening with the Likud’s MK David Amsalem’s recommendations bill, another law that is progressing at a dizzying pace. Where? That’s right, in the Knesset Internal Affairs Committee, which MK David Amsalem chairs. The committee will discuss the reservations and tomorrow (Tuesday) will vote for the second and third readings, and that same evening the law will reach the Knesset plenum.
This is a timetable that we can only dream about by amending Article 3 of the Adoption Law, which is supposed to ensure that same sex couples can adopt in Israel. The state indeed committed itself to this in the High Court of Justice, but requested 9 months for this purpose and received until June 2018. A matter of priorities.

That’s how politics is. Legislation, raising issues for the agenda and budgets. There’s never enough and it’s always a matter of priorities. That’s exactly why we are there, every week, struggling for our place in the national priorities. Therefore, the struggle for equal rights for the gay community in Israel must be conducted in the political arena parallel to the legal arena. The corridors of the Knesset are the arena which it is most important that we influence. This is where policy is set; here is where the reality is changed.