Oren Magori , 19, created a series of illustrations to demonstrate the visibility of the LGBTI community, turned them into posters and hung them around his city, Ashdod. 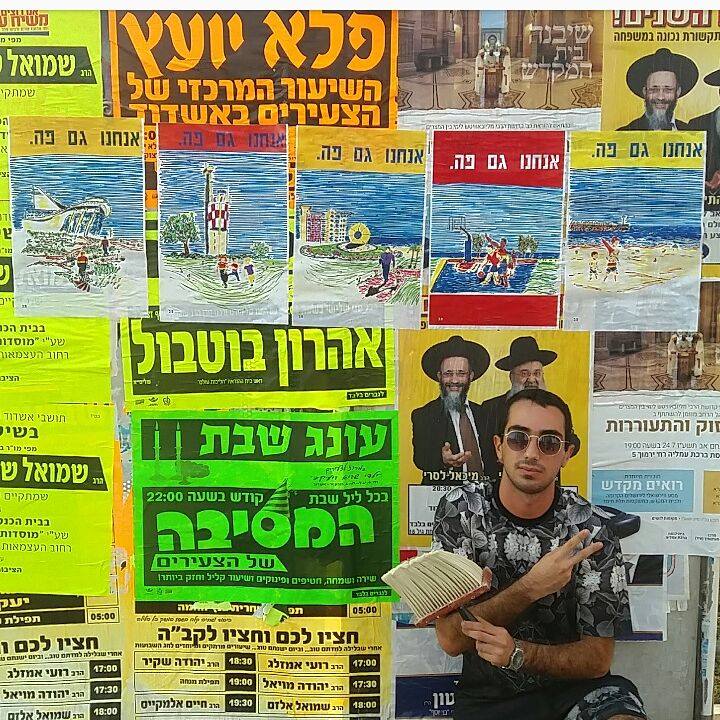 Oren Magori is a 19-year-old gay man from a small Israeli town called Ashdod. Though Magori participated in both Tel Aviv Pride and Jerusalem Pride, he is still not content with Israel’s treatment of LGBTI individuals.

In July 2017, the Israeli government announced that it will be banning same-sex couples from adopting children.

In response to this announcement, Magori decided to take matters into his own hands by creating posters and hanging them around Ashdod.

‘The illustrations describe different every-day, human situations, in which one of the characters wears clothes colored as the pride flag,’ Magori says of his posters. ‘I’ve decided to draw them all at the Ashdod’s “hot spots” so I can convey the message – we are here too, we are everywhere, and we deserve equal rights, because we are human.’ Read the full story on Gay Star News