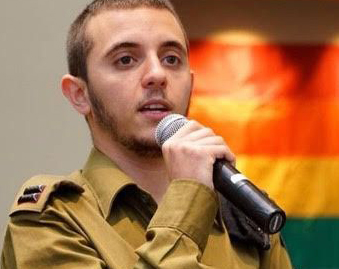 Lt. Shachar Erez, the first (known) transgender officer in the Israeli military, is using his personal story to preach acceptance on a tour of the U.S. 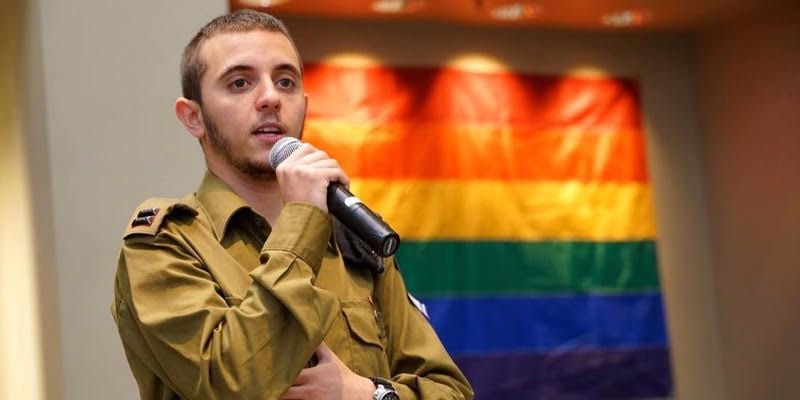 Coming out as transgender can be difficult to do even once — Shachar Erez did it twice.

First, when he was 16 years old. But then he joined the Israeli military and went back into the closet. He enlisted as a female, worried that his identity could complicate his service.

And then a year and a half later, at the urging of a supportive commander, Erez sat in front of a group of 60 cadets and came out a second time. Not only were his peers supportive, he said, the Israeli military’s health insurance covered the cost of his transition, paying for testosterone injections and top surgery, which can include a double mastectomy and chest reconstruction.

Today, as the first transgender officer in the Israeli military, Erez, now 23, is using his personal story to preach acceptance on a tour of the U.S. sponsored by the Israeli Defense Forces and the Israeli Ministry of Foreign Affairs. He said that he has a message for all young people who feel different, not just those who are transgender.

“I hope to give them the feeling that I got from the IDF, the fact that I am equal,” he said.

Erez is going on tour with his story at a sensitive time for gender issues in the army. Orthodox soldiers and their supporters are pushing for a more conservative IDF and want women barred from serving on the front lines. Meanwhile, more and more women are seeking to serve in elite combat units.

Raised in a small kibbutz in Northern Israel, Erez said that he knew he was transgender from a young age, but did not have the words to express his identity until he met a friend’s boyfriend who was transgender.