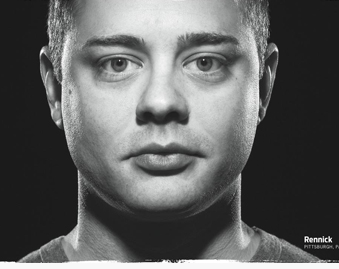 The New York Times published this week an ad of a a gay American who supports Israel andcondemning the treatment by Hamas and Iran of the LGBT community. Rabbi Shmuley Boteach tells the story behind the ad. 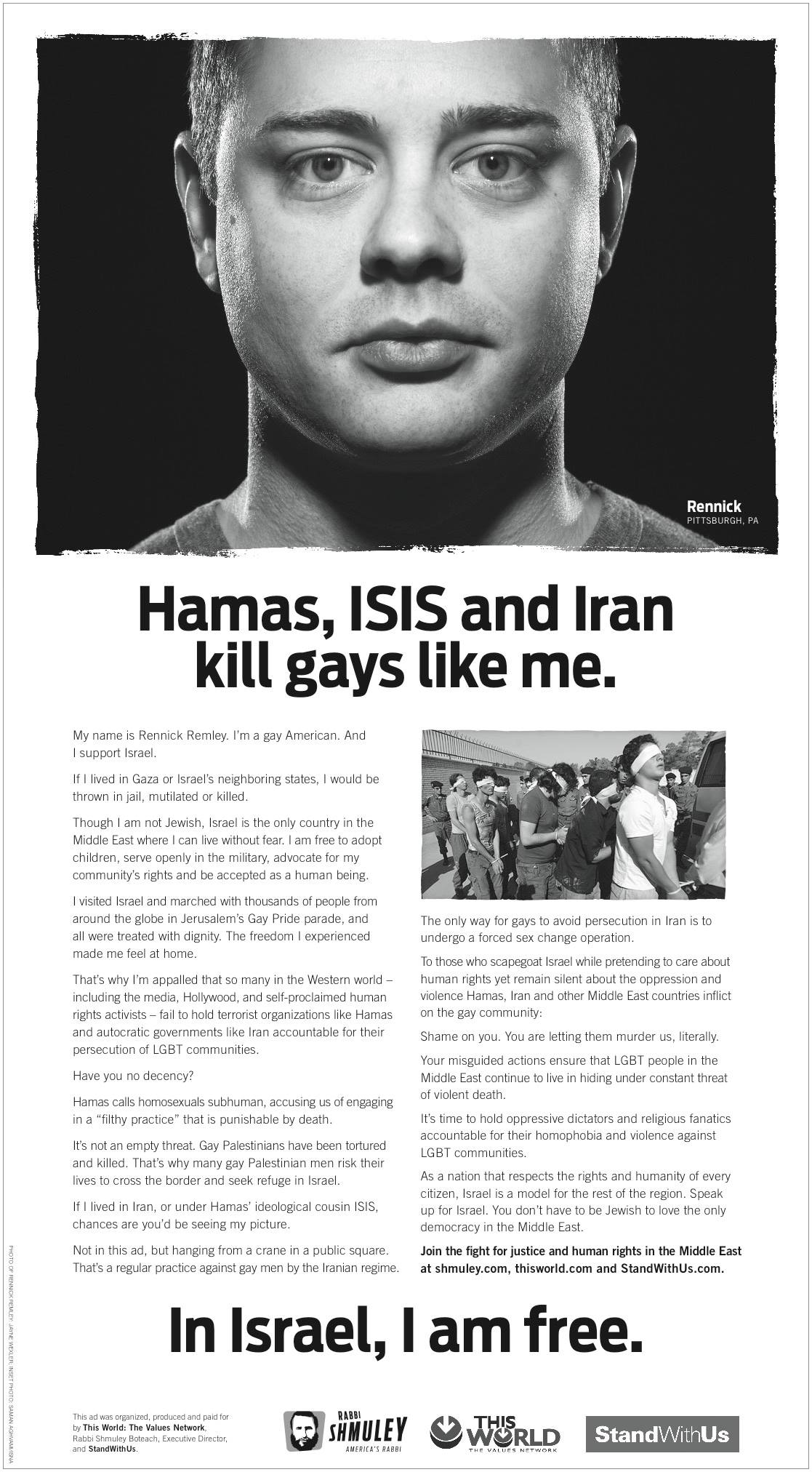 I expect to be attacked from two camps this week. The first, as usual, is the Israel haters who follow my trail on the Internet like dogs in heat. The second is people who love Israel but who think homosexuality is Judaism’s greatest sin. Both might find common cause to condemn a full-page ad that my organization, This World: The Values Network, and Stand With US have taken out in The New York Times this week.

The ad features a close friend of mine named Rennick proclaiming in a bold headline: “My name is Rennick Remley. I’m a gay American. And I support Israel.”

I first began conceiving the ad during the Gaza war this summer. I was astonished that the LGBT lobby in the US did not come out forcefully to defend Israel and condemn Hamas. I was even more appalled that so many liberally-minded students and academics, who fight for gay rights every day, could be on the side of Hamas. In the ad Rennick, a very special young man who courageously agreed to speak out, is candid and plainspoken: “If I lived in Gaza or Israel’s neighboring states, I would be thrown in jail, mutilated or killed. Though I am not Jewish, Israel is the only country in the Middle East where I can live without fear. I am free to adopt children, serve openly in the military, advocate for my community’s rights and be accepted as a human being.”

Since these facts are indisputable, how can liberals side with Hamas, a gay-hating, radically homophobic, murderous and barbarous death cult? Rennick continues: “I visited Israel and marched with thousands of people from around the globe in Jerusalem’s Gay Pride parade, and all were treated with dignity. The freedom I experienced made me feel at home.”