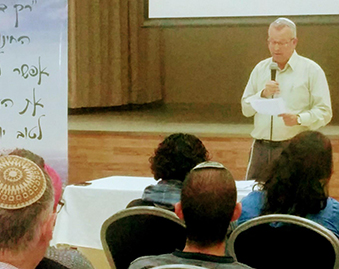 The Religious Kibbutz Movement has announced that it has embraced a pro-LGBT document that was written to settle disputes between the different religious communities and same-sex orientation members. “There is no way we will allow sexual relations between persons of the same sex, but there is nothing wrong or immoral in people with orientations.” 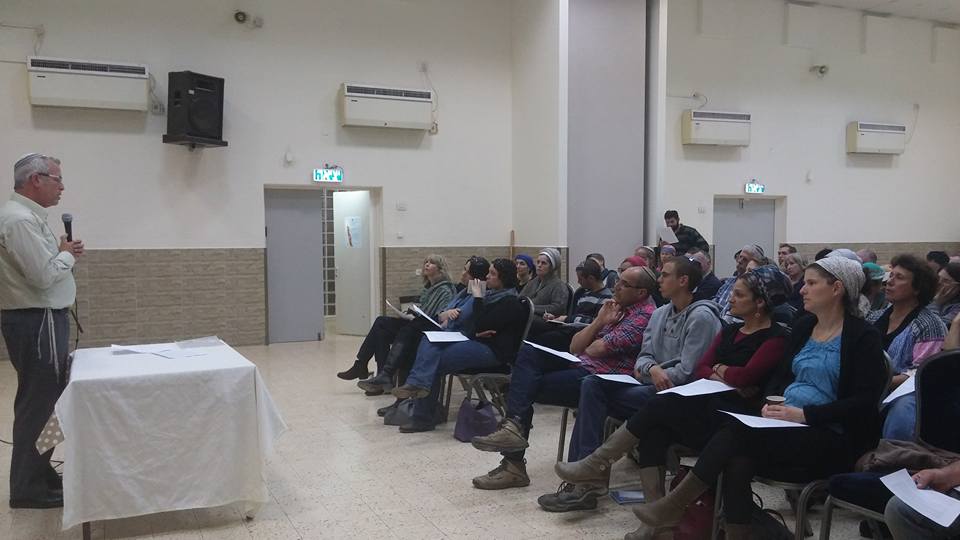 The Religious Kibbutz Movement embraces its sons and daughters who have same-sex tendencies. A special conference held yesterday at Be’erot Yitzhak Kibbutz, the secretary general of the movement, Amitay Porat, called leaders of religious communities to deal with LGBT people who are members of the kibbutz movement according to the spirit of the document written by Beit Hillel rabbinical organization.

He said, “On the one hand, homosexual orientation is not evidence of a bad character and should not be accompanied by tremendous guilt, grief and suffering that lead to being fed up with life. Therefore these people should not live in darkness and in the shadow of death, in forgery and lying to themselves and to others.” However, he noted that from a complex conception, “The Torah, the Jewish tradition and culture bans that prohibit same-sex sexual intercourse still stand, and have wisdom and depth for the existence of the world and society, and by its power there’s a need to act carefully and sensitively even on public issues such as gay pride parades.”

The document, compiled by rabbis of organization Beit Hillel and distributed to the conference attendees, tries to balance the desire to give legitimacy to the prohibitions of the Torah, and the need to accept LGBT people to the religious community with open arms. “The prohibition of sexual intercourse between same-sex couples is in the Torah. The Torah doctrine is eternal and will not be replaced,” reads the document, “so there is no way to allow the existence of a sexual relationship between persons of the same sex.” However, noted the document, “according to the Torah and Jewish law, the acts are prohibited, not the orientation”; therefore, “there is nothing wrong or immoral about people with same-sex tendencies.”

The Religious Kibbutz Movement believes that there is nothing to prevent members of the LGBT community from serving in public functions and helping rabbis with their duties. We can therefore conclude that people with different orientations can serve as elected public officials and recite the Cohens’ Blessing, etc.

The document, co-written by Rabbi Meir Nehorai of Moshav Mesu’ot Yitzhak and Chairman of organization Beit Hillel, reveals that among the Rabbis of the organization there is awareness of the difficulties experienced by LGBT people and particularly among religious LGBT people, so they refer to people with same-sex orientation who manage to keep the ban as “heroes of power, acting the word of God.” As to those who fail to keep the ban, they recommend them to be referred to as people who “failed against the Torah ban.”

The document explicitly noted that “a relationship according to Halacha is between a man and a woman”, but for someone who cannot sustain such a relationship and wants to find an escape from loneliness in the form of “friendship and partnership relations with a same sex person, the community should consider the possibility of integrating them in it.”

Participants at the conference itself learned from Rabbi Nehorai about the halachic and rabbinic attitude towards this issue. Psychologist Meir Brand talked about the developmental and psychological aspects of same-sex orientation. At the end of the conference the audience heard personal testimonies from gay and lesbian religious people, and personal religious experiences of young people who discovered the tendency.