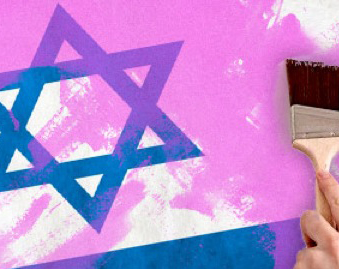 When Sarah Schulman’s November 2011 op-ed on “pinkwashing” appeared in the New York Times, I had a conflicted reaction. There was the urge to respond, since such pseudo-academic fraudulence is not merely anti-intellectual at its heart but a voluble and angry protest against honest intellectual pursuit and thus threatened to further embarrass American academia. But there was also the understanding that no response was needed, because the column revealed that the idea of “pinkwashing”–the assumption that Jews grant rights to gays merely to manipulate them as part of Israel’s globalized chicanery–collapses immediately on its own expression.

For example, in one sentence Schulman criticizes Israel’s gay-friendly culture as a ruse because some in Israel’s public life are supposedly “homophobic.” But in the next sentence, she writes that Israeli pinkwashing “not only manipulates the hard-won gains of Israel’s gay community, but it also ignores the existence of Palestinian gay-rights organizations. Homosexuality has been decriminalized in the West Bank since the 1950s, when anti-sodomy laws imposed under British colonial influence were removed from the Jordanian penal code, which Palestinians follow.” In other words, Schulman’s own protestation against Israeli pinkwashing engages in thorough pinkwashing of Palestinian culture.

What this revealed was not only the unserious nature of Schulman’s “scholarship” but that the purpose of her op-ed was not about calling out pinkwashing; indeed, the op-ed is, to date, the clearest example of pinkwashing in print. Instead, Schulman was simply attacking Israel on behalf of the Palestinians from another direction. Call it the triumph of hope over experience, but I expected that since this was so obvious, the academic left wouldn’t sully its reputation any more by embracing this nonsense. I was wrong, of course, having given the academic left too much credit. In April the City University of New York hosted a conference on pinkwashing at which, as James Kirchick reports in detail, Schulman’s anti-Israel animus was made undeniable…