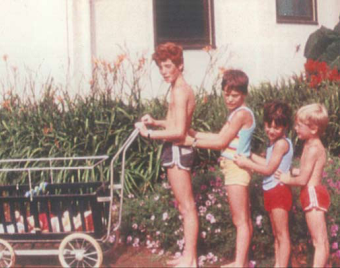 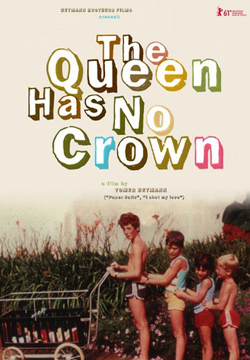 “The Queen Has No Crown” is Tomer Heymann’s poignant meditation on family, loss, and the mental maps of homelessness. The film navigates the intimate lives of 5 brothers and their mother, as they experience the pains of exile and the joys of family bonding. three of the Heymann sons take their families and leave Israel, one after the other, for “better” lives in America. they fulfill their dreams, but shatter those of their mother. A divorcee, she is left alone in Israel with her two bachelor sons—one straight, and the other, Tomer, gay. Exploring the politics of belonging, displacement, and sexuality, the film examines the hard decisions one family has to make, and the intractable bonds that unite them in the face of difficult life choices. throughout, Tomer frames this quest in terms of its greater social and political significance: the Israeli-Palestinian conflict, tensions between Israel’s Arabs and Jews, its secular and ultra-Orthodox citizens, and the struggle for gay/human rights. Tomer, combining 8 and 16mm footage with his own work of a decade, shows how the strength of the Heymann family depends on forces greater than the nuclear family itself. The result, “The Queen Has No Crown” is a powerful and intimate portrait of one man, his family, and the world surrounding them.

A Wider Bridge hosted a discussion with Tomer Heymann when “The Queen Has No Crown” screened at the Frameline film festival in 2011.